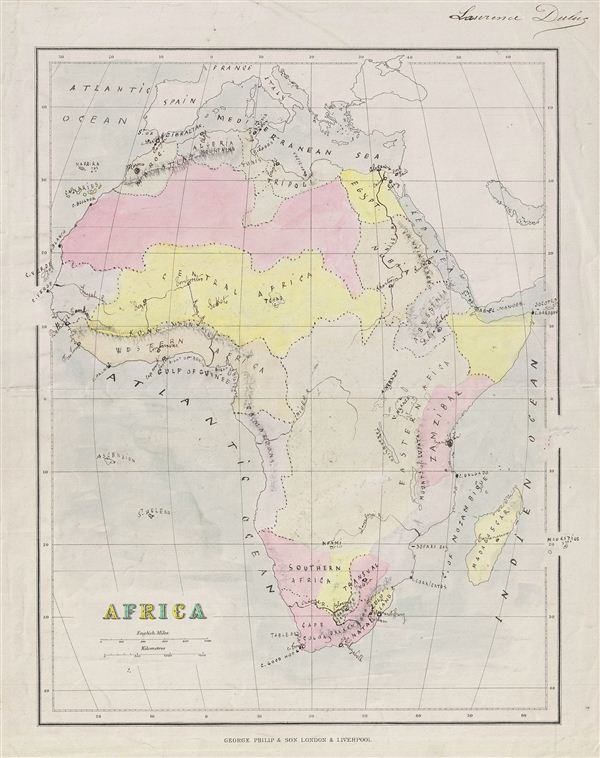 This is a whimsical example of an 1890 Philip's schoolboy / schoolgirl map of Africa. Covers the continent from the Mediterranean Sea to the Cape of Good Hope and includes parts of Spain, France and Italy. The publishing group of George Philip & Son Ltd. supplied atlases and textbook for school children. These would typically be maps with outlines or borders printed out, and students would be required to fill in the various countries and regions within to learn about geographical regions. This particular map appears to be one such example filled in by one Laurence Dulus. Various countries, cities, islands, regions and oceans are identified with elevations rendered in pencil. This map is part of the textbook atlas published by George Philip & Son, London and Liverpool.