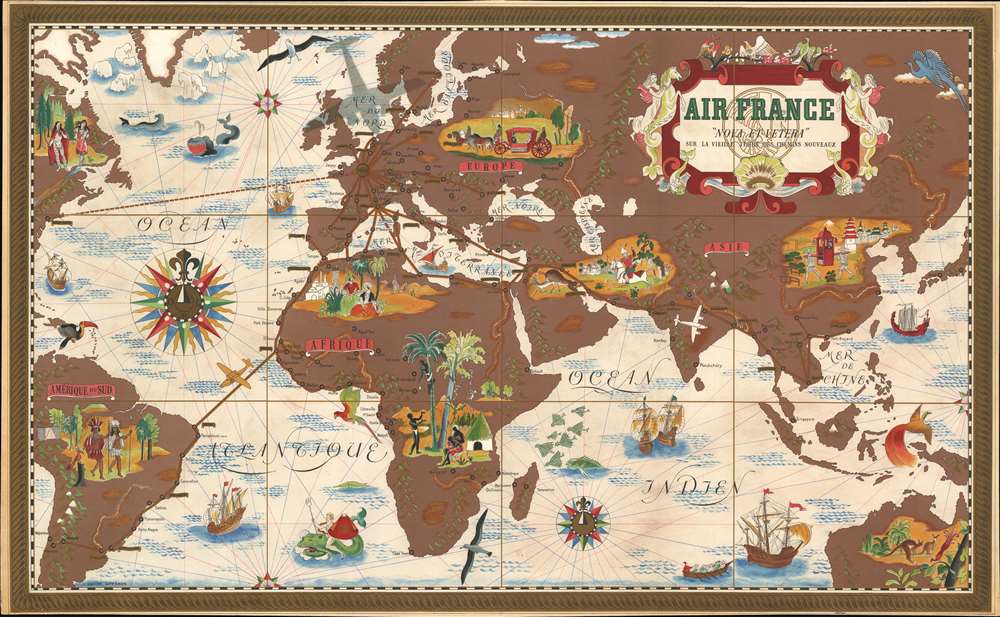 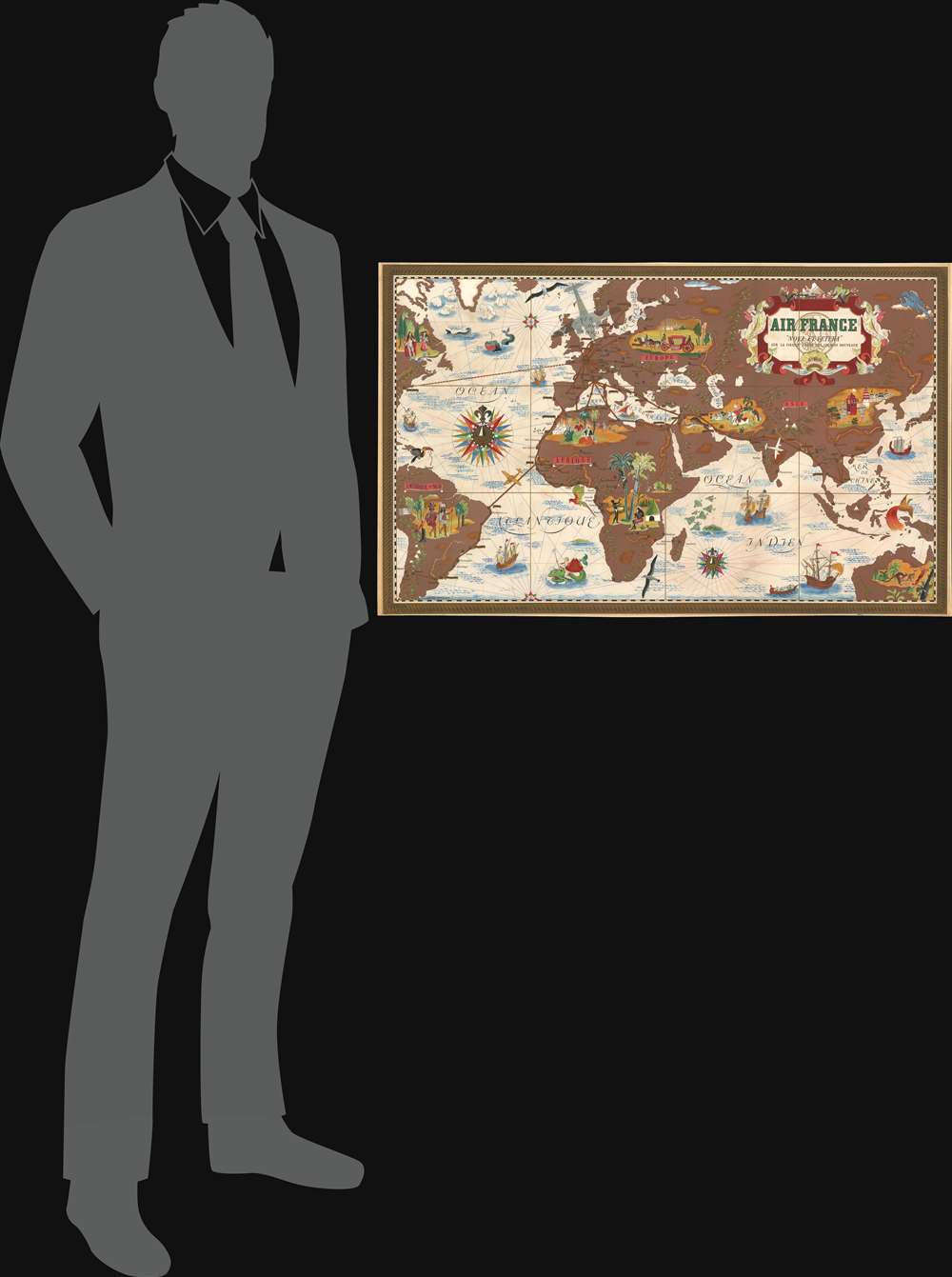 This is a 1939 Lucien Boucher Air France art deco pictorial map of the world on the eve of World War II. Created during an era when air travel was still relatively new, Boucher contrasts earlier modes of transportation with aviation. People from around the world travel via carriage, on horseback, and foot, and rarely venture far from their homes. Boucher's map traces Air France's routes across Europe, Africa, South America, the Middle East, and Southeast Asia, from Paris to Hong Kong, highlighting the 'ease' with which travelers could visit parts of the world that were previously near inaccessible. The colorful vignettes of ships dotted across the world's oceans provide an even starker contrast, mainly when set against the silhouette of an airplane along the top border.

This map was created by Lucien Boucher and published by Air France in 1939. An example is part of the David Rumsey Map Collection, and it is not cataloged in OCLC.