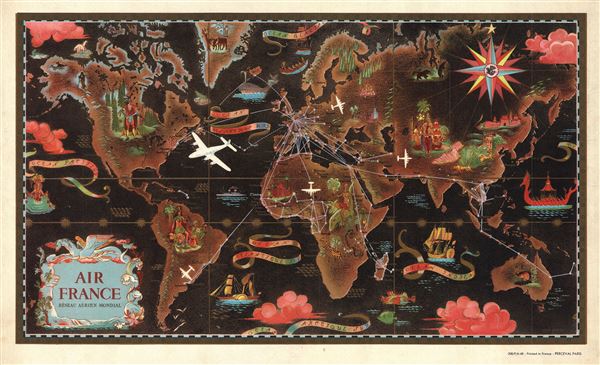 A remarkable 1947 original Lucien Boucher comic map of the world showing the routes of Air France. Boucher started producing maps for Air France as early as 1933. Most are inspired by the surrealist ethic and feature numerous vignettes. The present example illustrates the American with stylized indigenous American Indians, Australia with ostriches and Asia with exotic Garuda barges, tigers, and temples. The publisher has utilized chromolithographic printing techniques to achieve splendid rich tones throughout. This map was printed for Air France by Perceval of Paris. There is an id number in the lower right quadrant: 208/P/6-48.