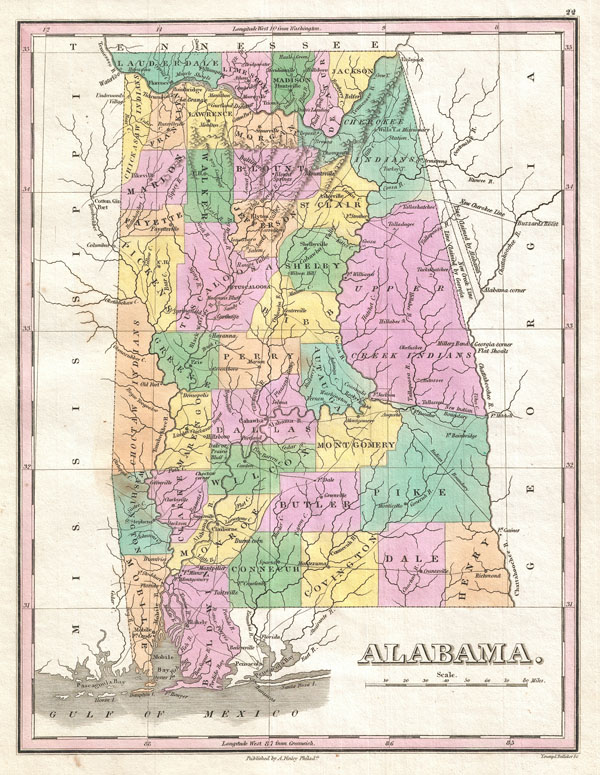 Finley's map of Alabama is particularly interesting and important due to its portrayal of the rapidly changing American Indian situation in the eastern part of the state. In 1827 a substantial part of northeastern Alabama was a confined territory assigned to the Upper Creek and Cherokee nations. Finley's map details several contracting borders to this territory noting the 'Indian Boundary,' the 'New Indian Boundary,' and the 'New Cherokee Line.' Also notes numerous American Indian villages and missionary stations within the Upper Creek and Cherokee territories. Just four years after this map was made the Creek and Cherokee would forcibly relocated westward in the infamous 'Trail of Tears.'

Title and scale in lower right quadrant. Engraved by Young and Delleker for the 1827 edition of Anthony Finley's General Atlas.