1832 Delamarche Map of the Empire of Alexander the Great 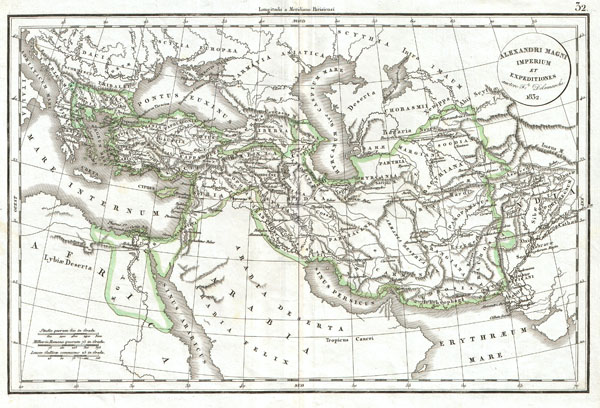 1832 Delamarche Map of the Empire of Alexander the Great

An excellent example of Delamarche's map of the conquests of Alexander the Great. Depicts Alexander's empire at its height, extending from Macedonia eastward all the way to India and south To Egypt. Notes archaic place names, roadways, and destinations. Prepared for issued as plate no. 32 in Felix Delamarche's 1832 Atlas de La Geographie Ancienne, du moyen age, et modern…