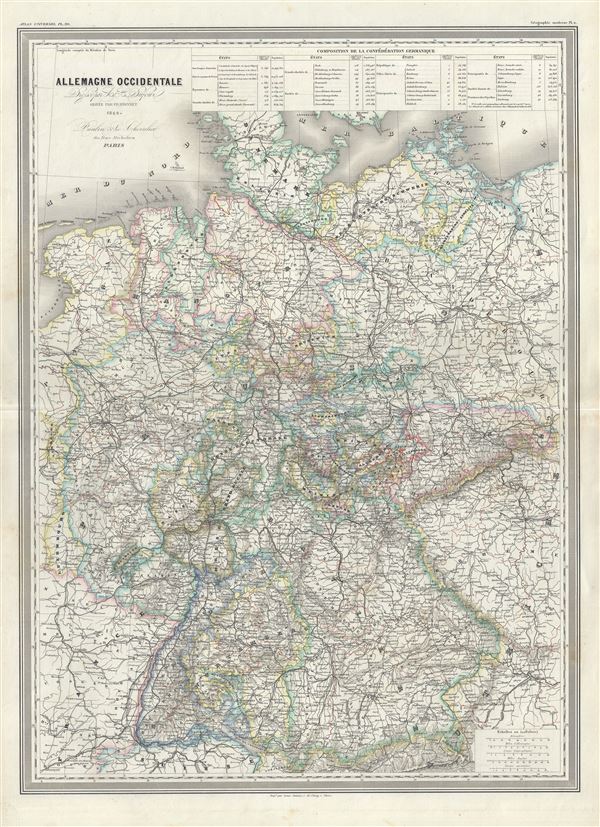 This is an unusual large format 1860 elephant folio map of Germany by A. H. Dufour. It covers from Denmark south to Lake Constance and from Luxembourg east as far as Dresden. Throughout, the map identifies various cities, towns, rivers and assortment of additional topographical details. A table along the top margin lists the administrative divisions of the Germanic Confederation.

In 1848 the March Revolution swept through Europe, in particular Germany. These Revolutions were nationalist pro-German, pan-German, declarations of discontent with the archaic autocratic political structure that dated to the 39 original German states established under the Holy Roman Empire. The years following the violent suppression of the March Revolution saw a vast middle class exodus from the German states to the United States, leading to 'Germantown USA,' and popular interest among Americans in the Fatherland.