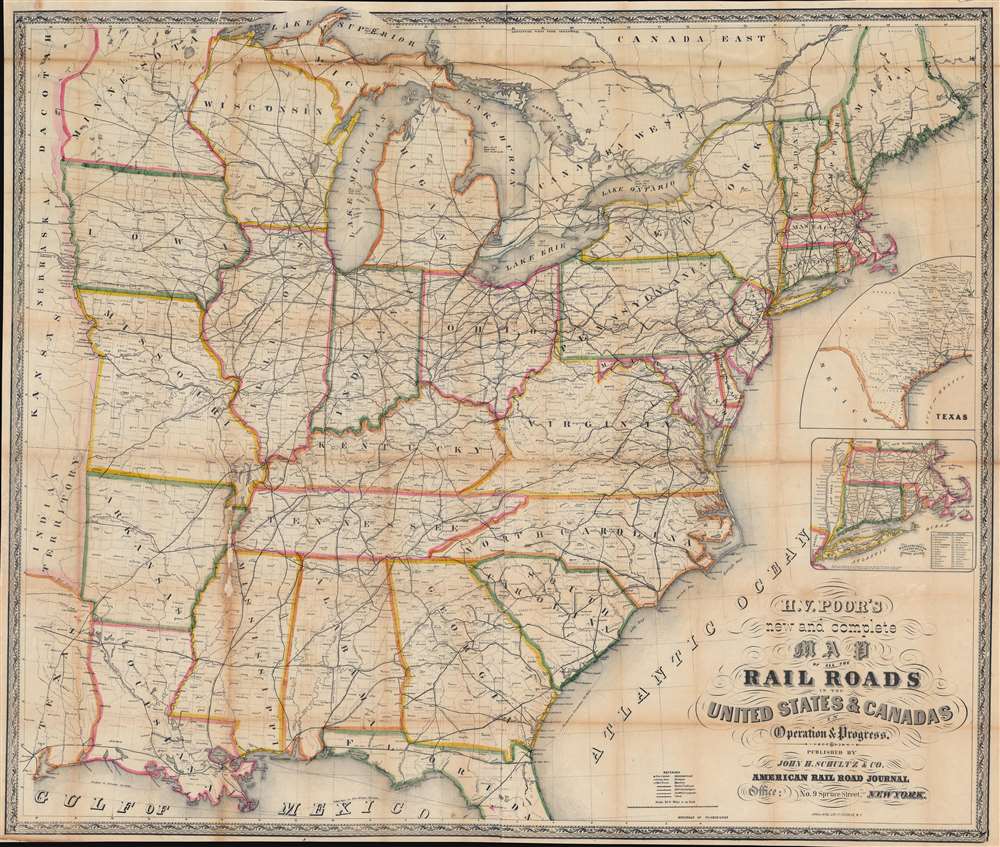 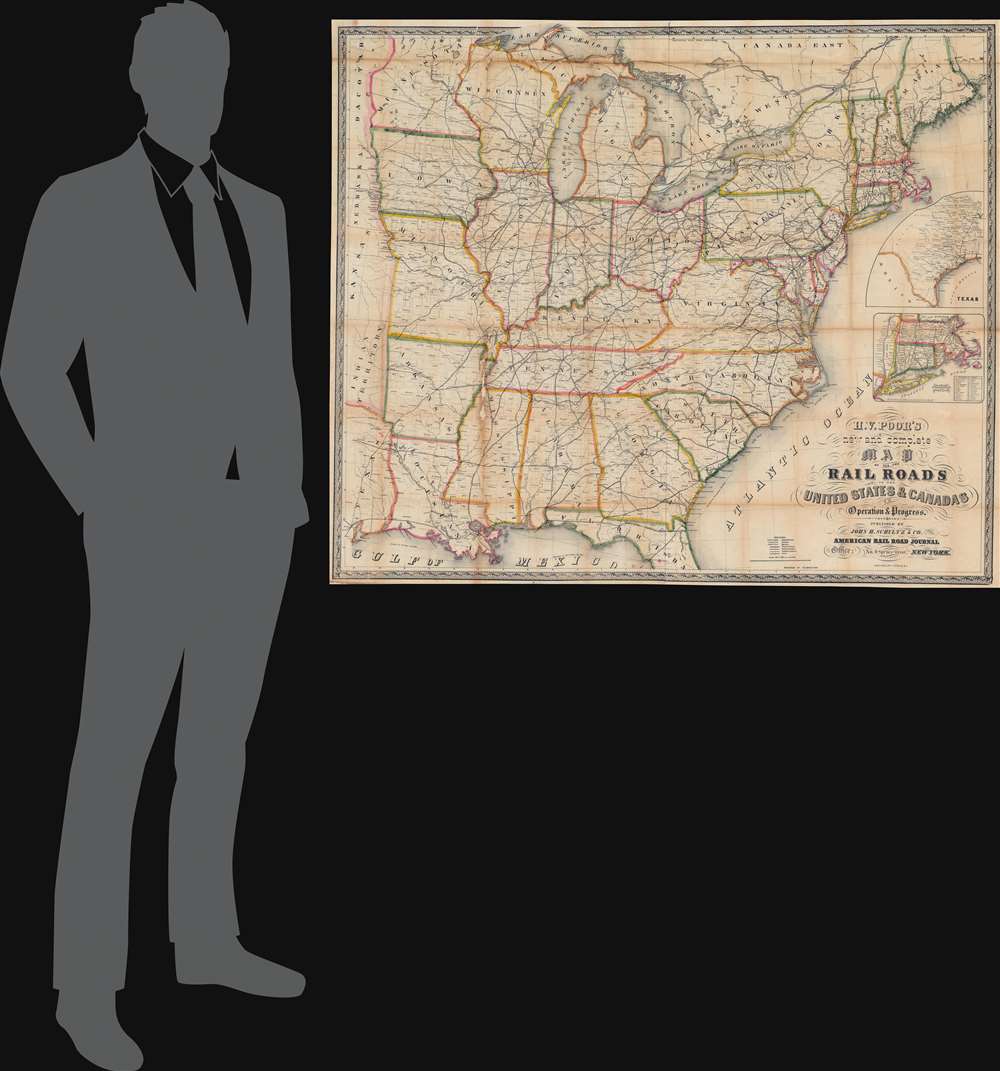 The North and the South

The contrast between the densely railroaded northern states and the scantly served southern states is striking. Railroads practically cover Ohio, Indiana, and Illinois, for example, while only a handful of lines cross through Missouri, Mississippi, and Louisiana. Only two railroad lines run in Arkansas. The north's extensive railroad network would be a major advantage, allowing the Union Army to easily transport soldiers and supplies to the hundreds of battlefields spread across the nation.

Two insets appear along the right border. One illustrates eastern Texas. The other focuses on Massachusetts, Connecticut, Rhode Island, eastern New York, and Long Island, underscoring the intertwining railways in this part of New England.

This map was created by Henry V. Poor, lithographed by Lang and Laing, and published by John Schultz and Company c. 1858. We note five examples cataloged in OCLC spread over four entries which are part of the collections at Yale University, Indiana University, the University of Missouri St. Louis, the British Library, and the National Library of Scotland.

Henry Varnum Poor (December 8, 1812 - January 4, 1905) was an American financial analyst who founded H. V. and H. W. Poor Co., a company that eventually evolved into Standard and Poor's, a bellwether of the financial research and analysis industry. Poor was born in Andover, Maine, and was the first in his family to graduate from college, receiving a degree from Bowdoin in 1835. After graduation he joined his uncle's law firm and based the bar in 1838. Henry and his brother John Poor established a law practice a few years later in Bangor, Maine. The Poor brothers made a fortune investing in Maine's timber industry, and John became a minor railway magnate. He was also heavily involved in building the Maine railroad network. John purchased the American Railroad Journal in 1849 and Henry became the editor and manager. To compile comprehensive information about the operational and financial state of railroad companies around the United States, Henry Poor published History of Railroads and Canals in the United States in 1860. After he started the H. V. and H. W. Poor Company with his son Henry William, Poor published annual editions of his book. Poor was appointed a government commissioner to the Union Pacific Railroad in 1862, which caused him to leave his position as editor of the American Railway Journal. He was elected the Union Pacific's first Secretary later in 1862 but left the railroad not long afterward. Henry Poor was also a co-founder of the American Geographical Society. Learn More...


Lang and Laing (fl. 1861 – August 16, 1862) were New York City based publishers and lithographers active in the middle part of the 19th century. The firm was founded by founded by William Lang and Joseph Laing and maintained offices at 117 Fulton Street, New York City. They specialized in transferring copper and steel plates to lithographic stone for more economical printing. Their most significant cartographic work is the Jacob de Cordova and Robert Creuzbaur map of Texas. The firm was dissolved in August of 1862. Lang went on to partered with Henry Pooley Cooper, and continued to publish under the Lang and Cooper imprint until 1864. Learn More...

Good. Wear and toning along original fold lines. Areas of infill along fold lines and at some fold intersections. Verso repairs to fold separations.