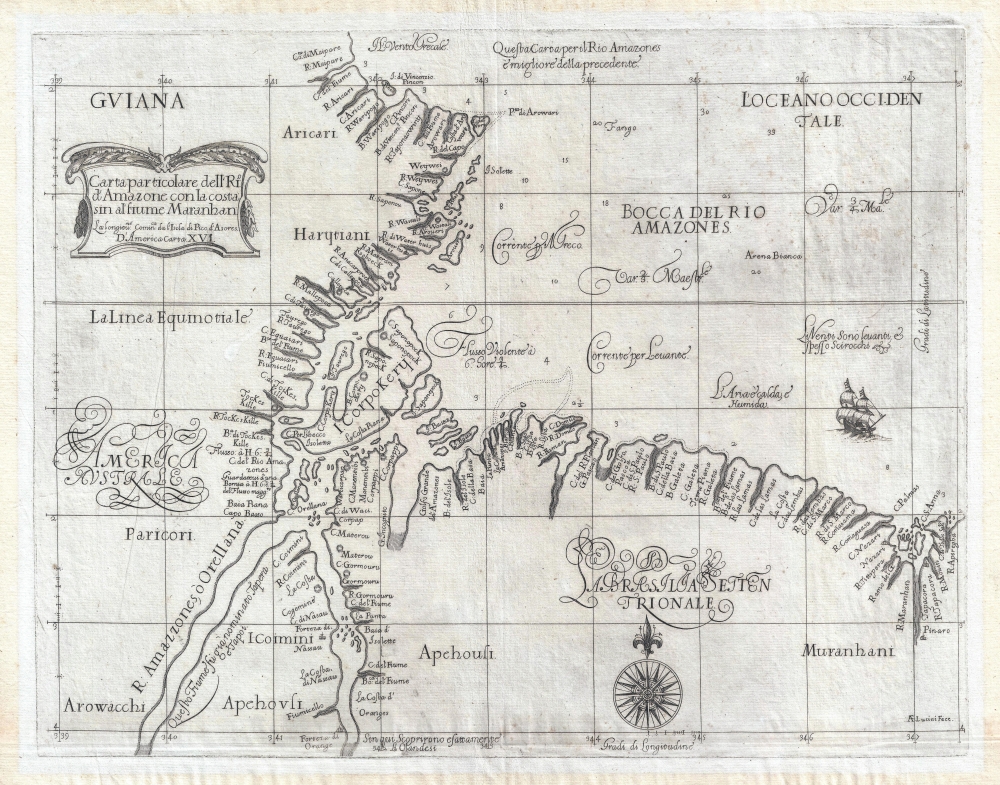 One of the earliest maps to show Dutch merchant activity in the Amazon.
$2,250.00

Dudley's cartographic information appears to derive primarily from, coastal pilot accounts, as well as the Teixeira expedition of 1639, and Orellana's voyages of 1541- 1542 and 1544 – 1546. The river is identified as both the 'R. Amazzones' (River Amazon), after a supposed all female tribe Orellana heard about on his first voyage, and the Orellana, after the conquistador himself.

Despite covering a broad area, the map identifies only limited European presence Fort Oranje, Fort Nassau, Waterhuis, and Pinaro. Forts Oranje and Nassau were Dutch trading posts constructed on the Xingu River. Dudley may have transposed the locations of the forts, as Nassau was actually further south. Both were abandoned around 1617. Waterhuis was a Dutch supply station. Records of Dutch entradas into the Amazon are sketchy and incomplete, but what is known is remarkable. Evidence suggest that Dutch traders probed deep into the Amazon and forged working relationships with the indigenous peoples. East of the mouth of the Amazon is the city of 'Pinaro,' which may refer to Belem.

An extraordinary achievement, this map was one of 130 published in the 1647 edition of Robert Dudley's Dell'Arcano del Mare, the first maritime atlas of the world. It was engraved in Florence by Antonio Francesco Lucini.