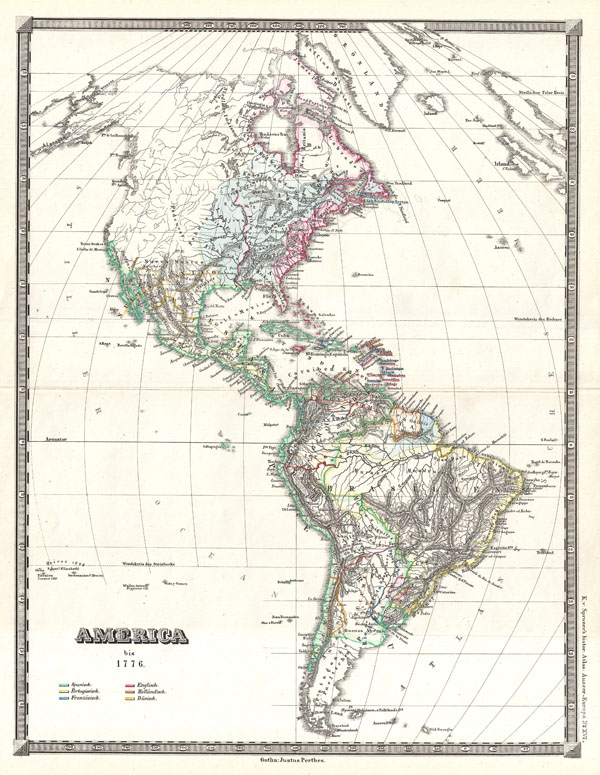 This is Karl von Spruner's 1855 map of North and South America 'up to 1776,' including Greenland to the North, Tierra Del Fuego and Falkland Islands to the south, and the British Isles and Scandinavia in the upper right quadrant. The map shows locations of indigenous groups and color-coded European possessions, and a largely blank western North America, except for rivers. Two other important exclusions make the map even more interesting: neither the name of the US nor its political boundaries are shown. Compare to 'America seit 1776' ('America since 1776'), with which this would make a nice companion piece. Relief is shown by hachures, and the finely engraved detail throughout exhibits the exquisite craftsmanship for which the Perthes firm is best known. Justus Perthes published the map as plate number 16 in Dr. Karl von Spruner's 1855 Historisch-Geographischer Hand-Atlas zur Geschichte Asiens, Africa's, America's und Australiens, also known as Histor. Atlas. Ausser Europa.