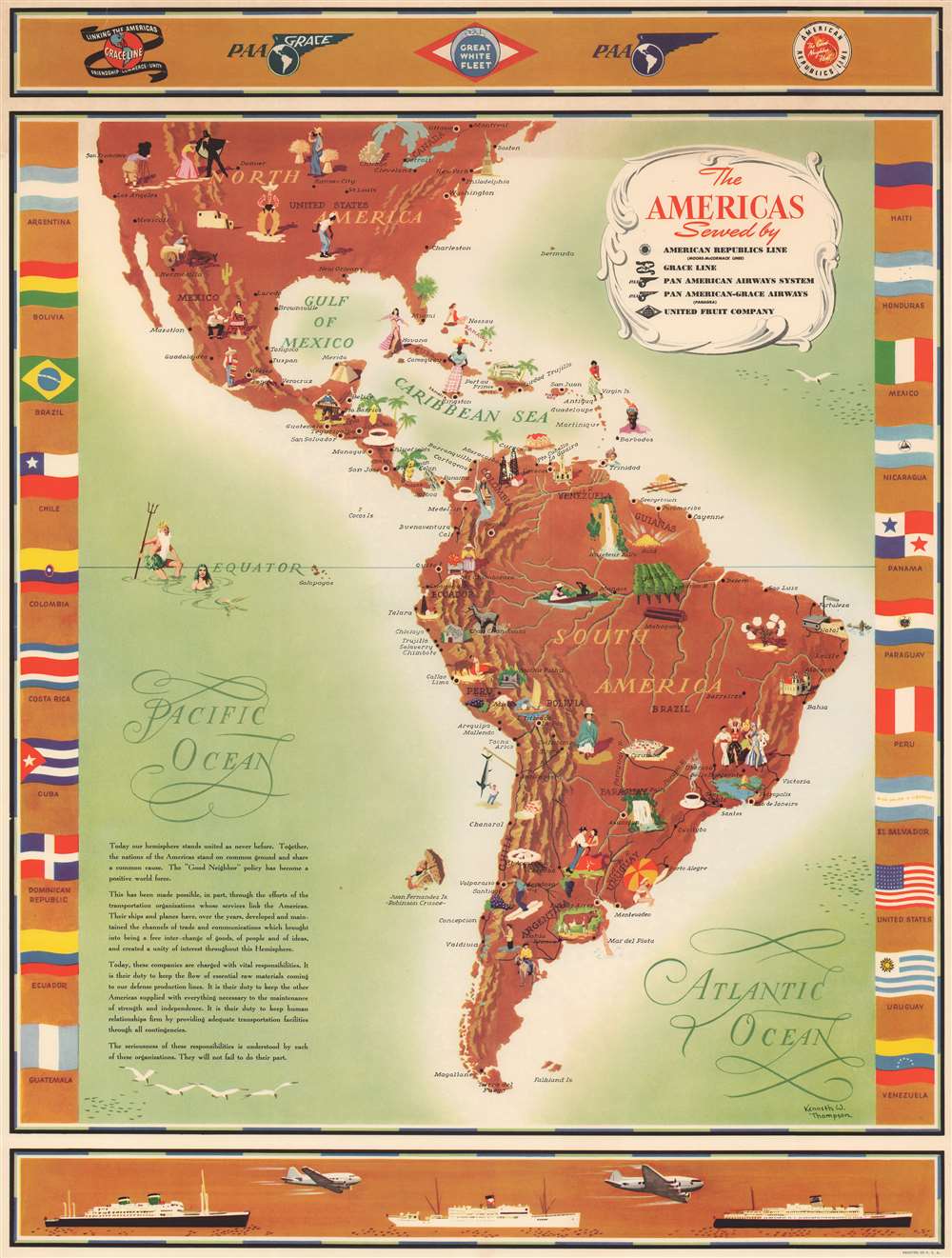 Exceedingly scarce poster promoting the interconnected networks of multiple airlines and shipping companies throughout the Americas.
$1,200.00

An extremely attractive 1948 Kenneth Webster Thompson pictorial map of the Americas prepared to promote various cruise lines. Coverage extends form the Great Lakes to Cape Horn. Vignette illustrations highlight the cultural life, historic architecture, and, more than anything else, beautiful ladies to be found in each place. Various cities are noted, particularly those that served as ports of call for one of the lines. To the left and right of the map are flag illustrations. At bottom are images of the aircraft and ships of the various fleets. At top, logos promote the American Republic Line (Morre-McCormack Lines), the Grace Line, the Pan American Airways System, the Pan American-Grace Airways (Panagra) and the United Fruit Company (Great White Fleet). The text at the lower left provides a fantastic testimonial / public relations statement describing the role of the cruise and passenger lines in 'maintaining the channels of trade and communications' and encouraging a 'free inter-change of good, of people and of ideas'.

This map was first issued in 1948 and appears in only a single edition. Although the map is widely reproduced for decorative purposes, original examples form 1948 are exceedingly scarce.

Kenneth Webster Thompson (April 26, 1907 - April 4, 1996) was an American illustrator and painter. Thompson was born in Samford, Connecticut, and lived in New York City for most of his life, studying at the Grand Central Art School under George Pierce Ennis. During World War II he worked with the Library of Congress illustrating the War Effort and creating propaganda. His illustrations appear in Life, Colliers, American, and Look, among other publications. He earned numerous awards and honors for his work, among them an honorary membership to the Society of Illustrators.