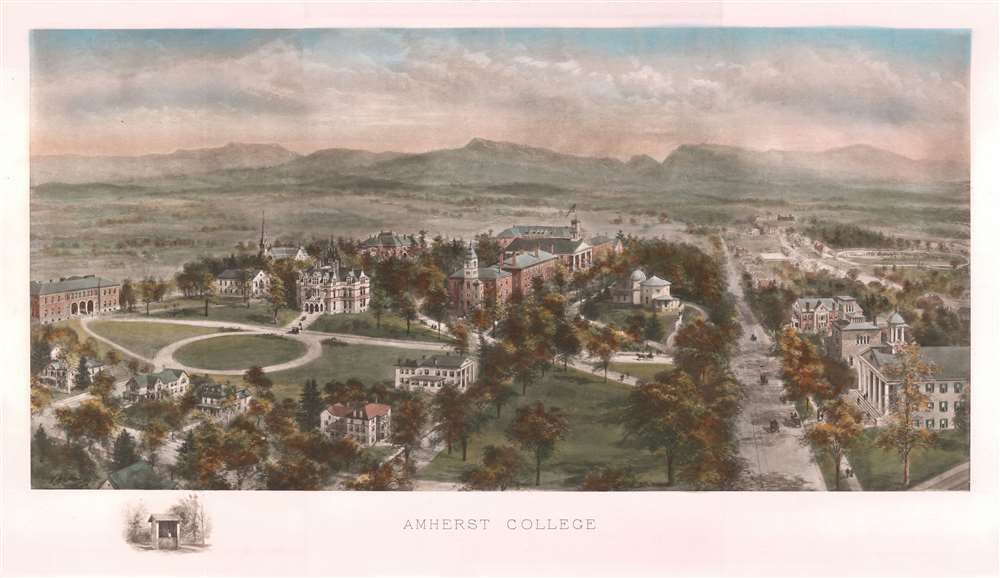 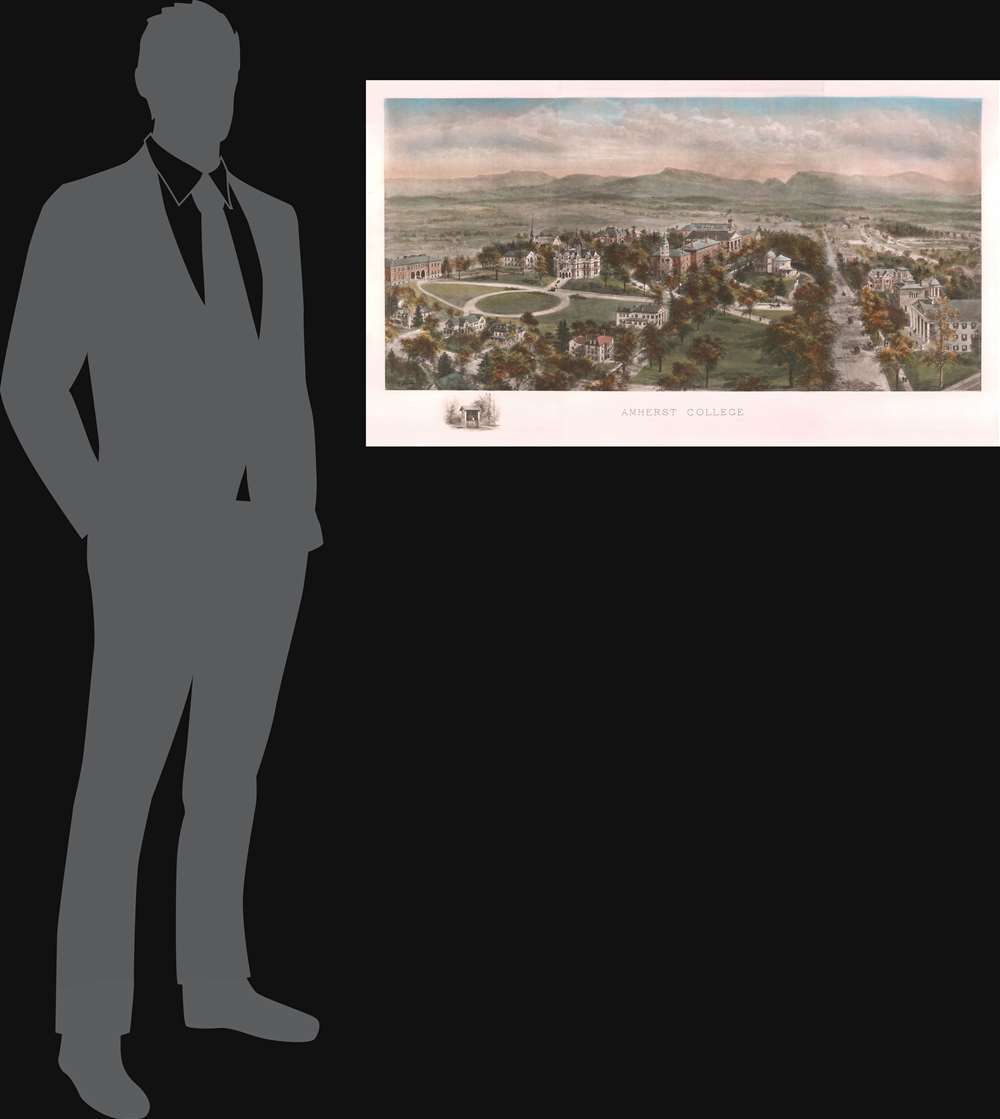 A most unusual and scarce c. 1915 Richard Rummell bird's-eye view of Amherst College, Massachusetts. Founded in 1821, Amherst College went through a lot of changes since this view was made. The view looks south on the college. The large avenue running through the image is Pleasant Street. The college observatory, the Octagon (1848) is evident near center. To the left of the Octagon is College Row, with the distinctive clock tower of Johnson Chapel (1827), flanked by North and South Colleges. The elaborate granite Walker Hall (1870), once called the 'Temple of Science' appears on the south side of Webster Circle, roughly where Robert Frost Library now stands.

Rummell was an American landscape artist known for his drawings of American universities. At the turn of the century, Littig and Company commissioned Rummell to prepare watercolors of some of the nation's most prestigious colleges. From these watercolors, copper-plates were engraved, and a limited number of engravings were issued. Most of Rummell's university views are strikingly similar in style, reveling the entire campus in panoramic splendor. The views are uniformly issued from an altitude of about 300 feet, suggesting the Rummell most likely worked from a balloon. Rummell views appear in full size, half size, and quarter size, both colored and uncolored. Typically, the uncolored sepia-toned images bearing Rummell's pencil signature, and the Littig imprint are considered the first editions, but not all of his college views are known thus. Some of the views were acquired from Littig and reissued by It is also possible to find proof states, lacking the name of the college below the image.

The Library of Congress owns an incomplete sepia-variant example of this view in a proof state, lacking the college name below the image, which they date (without explanation) to 1908. Theirs is the only other known example of the current view. Smaller versions of the view, measuring roughly 8.5 x 15 are more common, and also appear as reproductions. We are not aware of another example of this full-sized view. It is clear from high resolution imaging that this map is struck from the original stone-lithograph plate and may be one of the Elson strikes issued as late as the 1920s.

Library of Congress, PAGA 7, no. 4173.
Looking for a high-resolution scan of this?