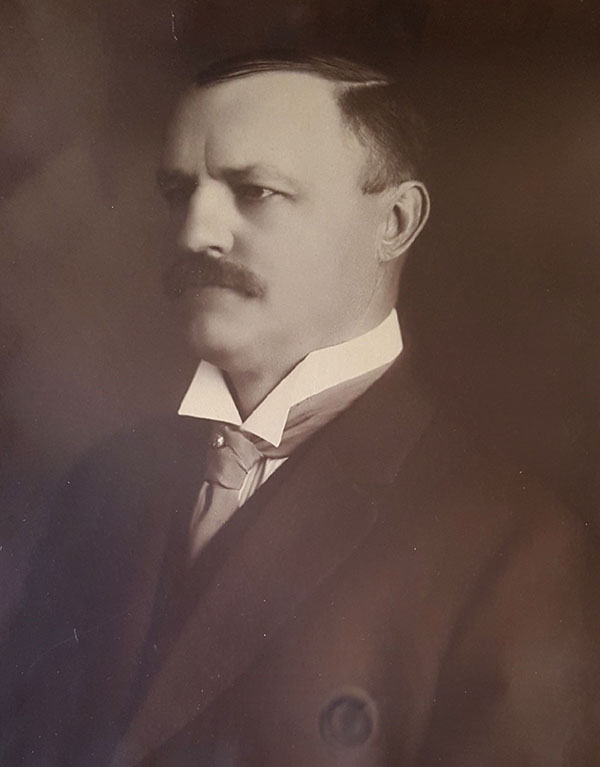 Richard W. Rummell (1848 – June 4, 1924) was an American artist active in Brooklyn during the late 19th and early 20th century. Rummell was born in Canada, the son of German immigrant Frank X. Rummell and his wife Eliza Rummell. He immigrated to the United States as a youth settling with his parents in Buffalo. He relocated to Brooklyn when he was in his mid-30s, setting up an illustration office at 258 Broadway in Manhattan. Rummell is best known for his series of views of American colleges completed around the turn of the century. Since Rummell's views universally appear to be drawn from an altitude of about 300 feet, it has been speculated by many art historians that he worked from a balloon. Rummell was also a bit of a futurist and among his more interesting works are a series of speculative images of the New York of tomorrow, with vast airships, trains running over the tops of skyscrapers, and elegant sky bridges. In the 1950s, the original printer's plates for many of Rummell's university views were rediscovered in a Brooklyn warehouse. Rummell's Brooklyn home was located at 45 Bay 28th Street and later 73 Hanson Place. In addition to his work as a visual artist, he was an accomplished actor and an avid yachtsman. He founding member of the Bensonhurst Yacht Club, where his yacht, the Careless was usually docked. He was also a member of the Royal Arcanum fraternal order. Rummell was survived by his wife, Emmeline Rummell, daughter, Chrissie Atkinson, and two sons, John Tribel Rummell, and Richard Rummell Jr., who became a famous Florida architect.

1910 Richard Rummell View of the University of Pennsylvania

1909 Rummell View of the University of Maine, Orono Campus