1835 S.D.U.K. City Map or Plan of Amsterdam, The Netherlands 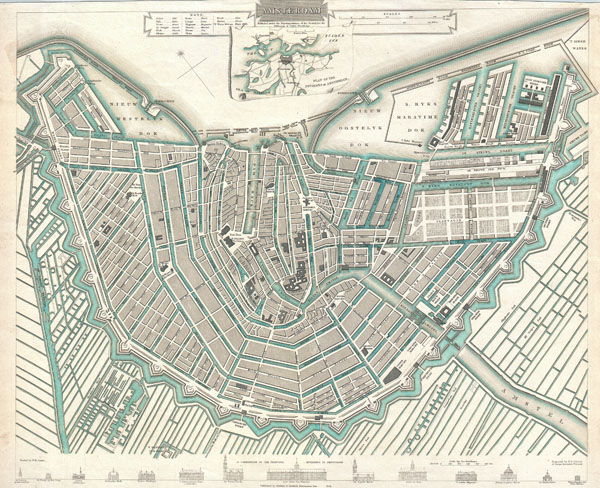 1835 S.D.U.K. City Map or Plan of Amsterdam, The Netherlands

An extremely attractive hand colored 1835 plan of Amsterdam, the Netherlands, prepared for publication by the Society for the Diffusion of Useful Knowledge, or S.D.U.K. Depicts the entire city of Amsterdam in splendid detail with the canals colored in light blue. Important buildings and all major streets and parks are noted. There is an inset plan, at top center, of the great Amsterdam area. Alongh the bottom fo the map is a chart comparing the 14 principle buildings in Amsterdam. Drawn by W> B. Clarke and engraved by B. R. Davies. Published by Baldwin & Cradock of Paternoster Row, London, for the S.D.U.K. atlas.