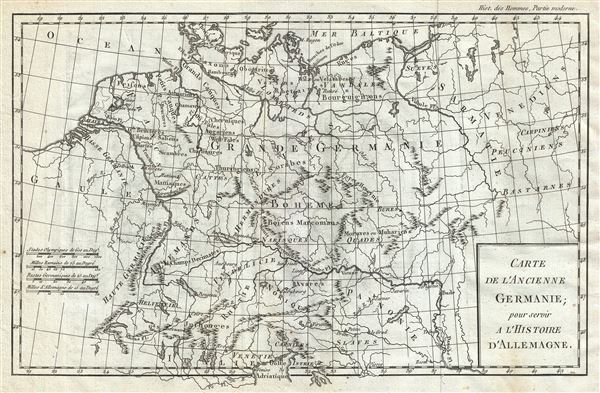 This is a fine 1782 map of Ancient Germany by Jean- Baptiste-Claude Delisle de Sales. Centered on Bohemia, the map covers the lands of the Germanic people prior to the fall of the Roman Empire, from modern day Denmark to the Adriatic Sea and from France to Lithuania. Several important cities and towns are identified throughout, along with rivers, lakes and other topography. Mountains are beautifully rendered in profile.