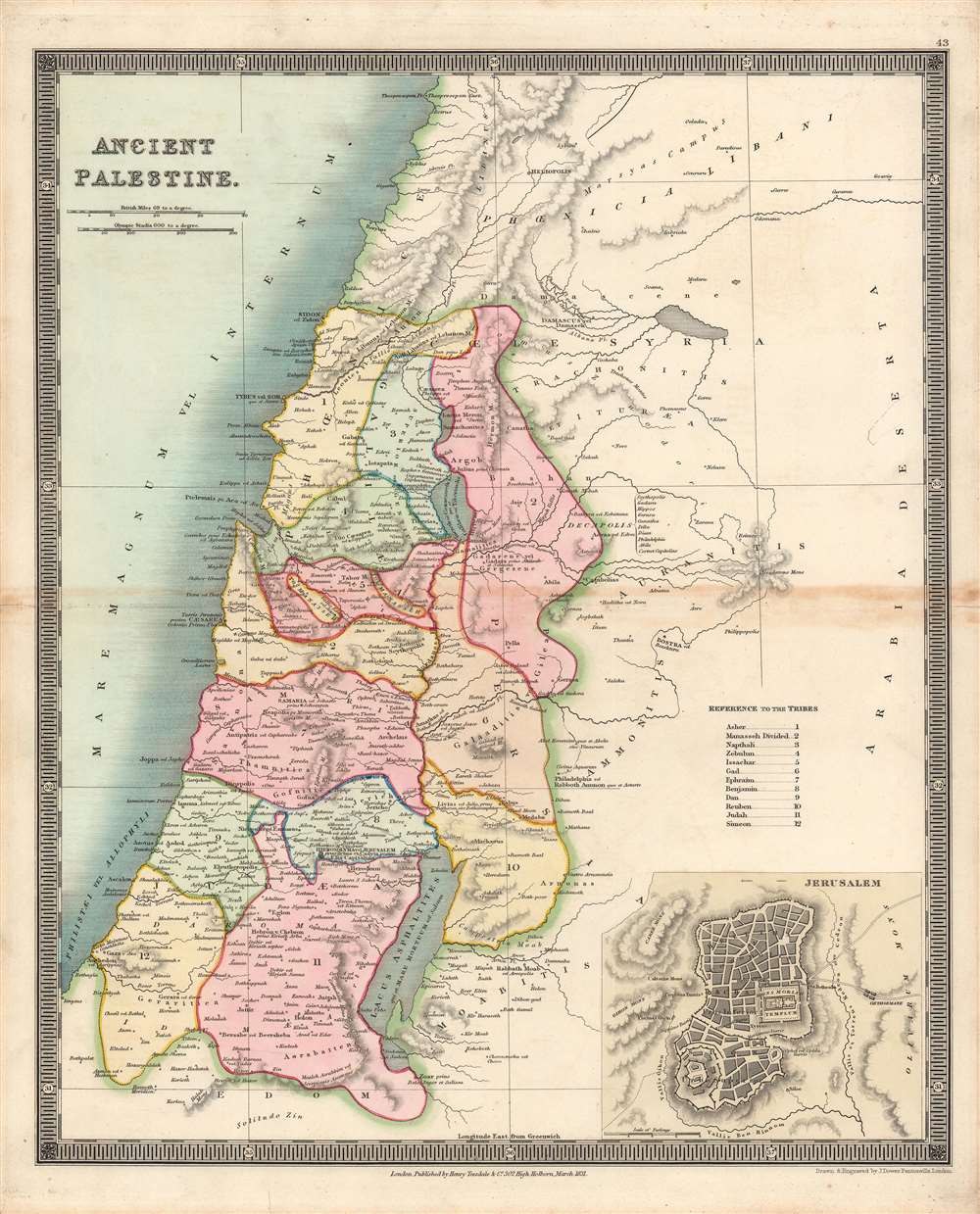 Here is Henry Teesdale / John Dower's 1831 map of the Holy Land as it appeared in ancient times, published in A New General Atlas of the World. It illustrates the location of the Twelve Tribes of Ancient Israel, as discussed in the Bible, in particular the Book of Joshua.

This beautifully engraved and hand-colored map highlights the location of the Twelve Tribes of Israel on lands delegated to them by Joshua, the leader of the Israelites following Moses, who led them to conquer Canaan. As the definition of tribes themselves and the territory they controlled is somewhat vague in the Bible, and changed over time in any case, the cartographer had some creative license, and therefore this map differs from other contemporaneous maps of the Holy Land in ancient times (such as Smiley's 1834 map (HolyLand-smiley-1834), Seaton's 1835 map (HolyLand-seaton-1835), and Beiling's 1843 map Palastina-beiling-1843)). This map is also distinct for its use of Olympic stadia for scale and Latin names for places and features. At bottom-right is an inset map of Jerusalem (again using Latin terminology, such as 'Mons Moriah Templum' for the Temple Mount).

This map was engraved by John Dower for the 1831 edition of A New General Atlas of the World, published by Henry Teesdale. This appears to be an especially rare presentation of this map, as examples in the David Rumsey Historical Map Collection and other major digital repositories from other editions of the map do not show such vivid and full color, only hand-colored outlines of territories. The 1831 edition of this map is only independently cataloged in the holdings of three institutions, while the entire atlas is held by roughly a dozen institutions, though as stated above the present map is likely distinct from those examples in coloration.

Good. Toning and some wear along the central fold line.