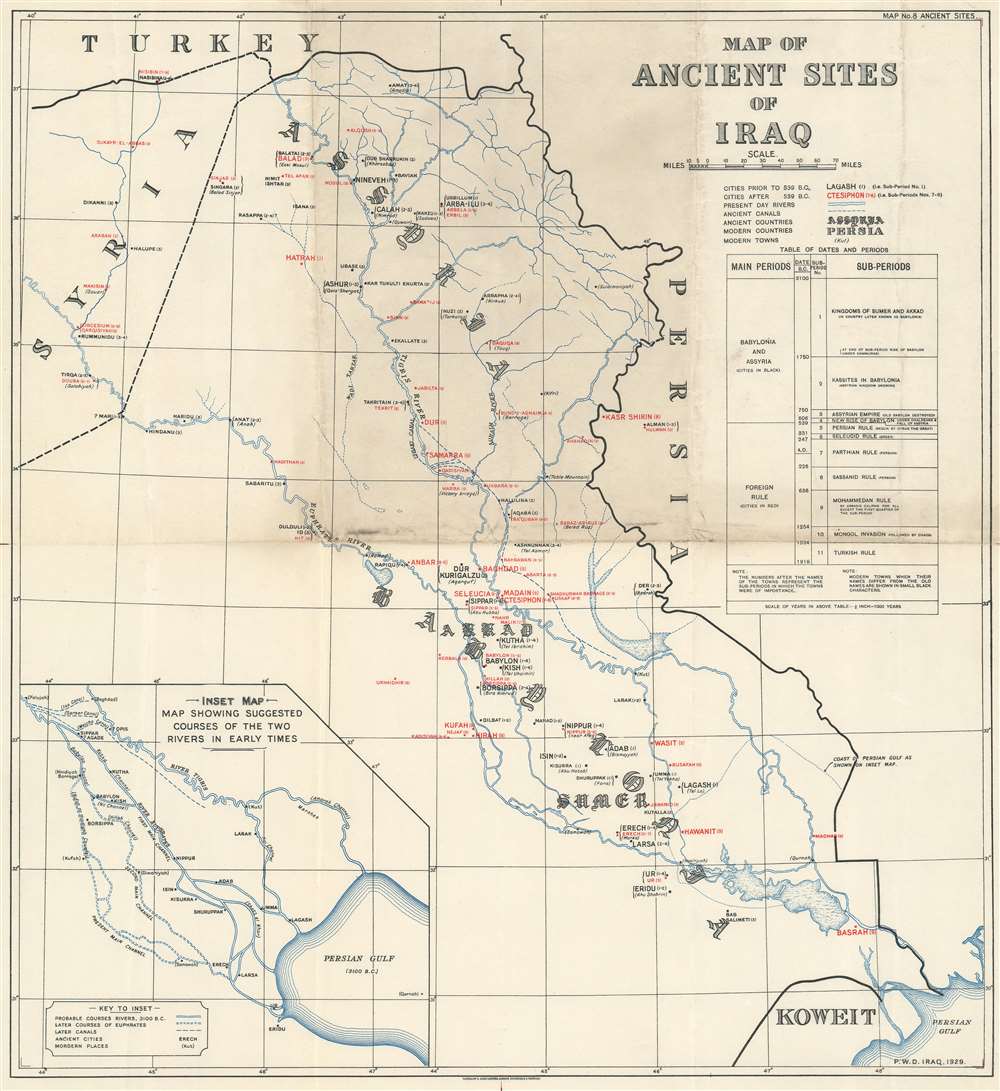 Ancient sites from Babylonia and Assyria.
$550.00

This is a rare 1929 Waterlow and Sons map of the ancient sites of Iraq. Both ancient and modern names are provided for cities, towns, and countries. City names in black were founded prior to 539 B.C., while cities identified by red were founded after 539 B.C. Numbers between one and nine appear in parentheses beside the city names, referring to the periods when each city was of importance. Nineveh, Nippur, Babylon, and Ur are among the most important. Modern city names, when applicable, are included below the ancient names in parentheses. Ancient Assyria and Babylonia, two important ancient civilizations, blossomed here and are identified in an elaborate typeface. A table of dates and periods is situated along the right border, offering context. An inset map of the Tigris and Euphrates Rivers as they may have appeared in ancient times is situated in the lower left.

This map was created by Waterlow and Sons and published for the Public Works Department in Iraq in 1929. Uncatalogued in the OCLC.

Good. Some soiling and toning. Wear along original fold lines.
Looking for a high-resolution scan of this?