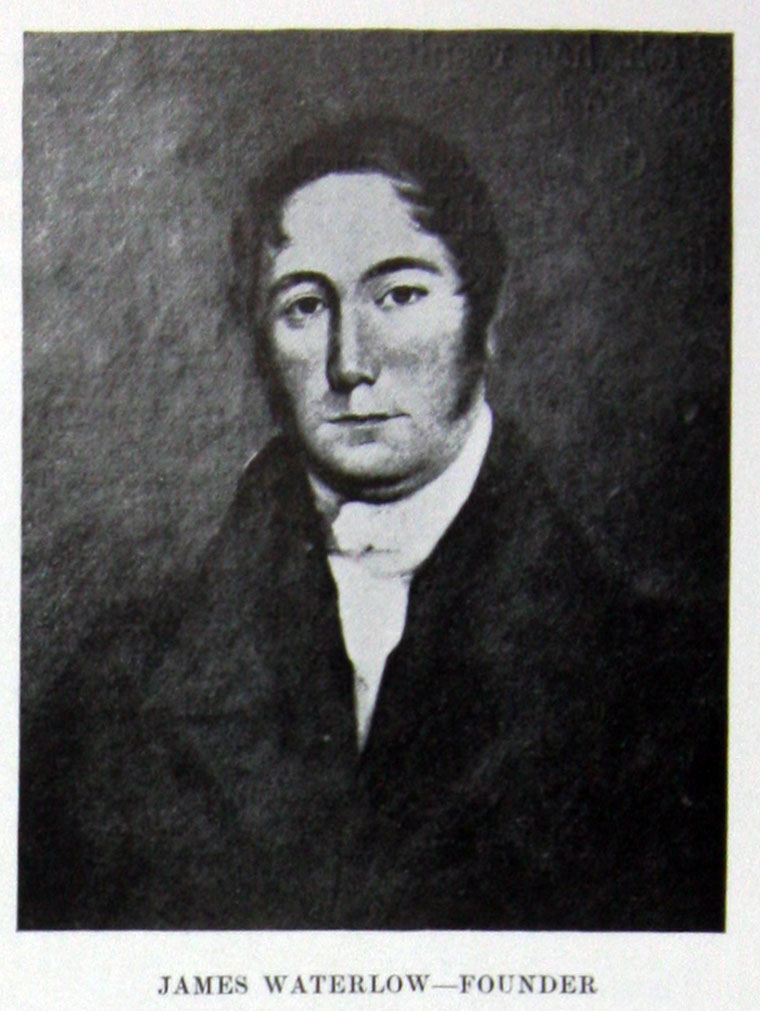 Waterlow and Sons (1810 - 1961) was a British engraving and printing concern active in London specializing in currency, postage stamps, bond certificates, and occasionally maps. The firm was founded by James Waterlow (1790 - 1876) in 1810 on Birchin Lane, London, as a legal document printer and copyist. By 1852, they had expanded into stamps and his sons, Albert, Alfred, Sydney, and Walter joined the business. One year after James Waterlow's death, in 1877, infighting among the sons led Alfred Waterlow to split off, forming Waterlow Brothers and Layton. The rift was settled by 1920, and the two firms once again merged under the Waterlow and Sons imprint. They were involved in the Portuguese Bank Note Affair of 1925, wherein the Portuguese fraudster Artur Virgílio Alves Reis convinced the firm to print 200,000 banknotes of 500 Portuguese Escudos each, amounting to roughly 88% of Portugal's GDP. The affair was settled in court with a ruling against Waterlow. In 1928, Waterlow lost its most lucrative contract, printing English banknotes, and began to fall into decline. In 1961, they were acquired by Purnell and Sons who, shortly afterwards, sold the firm to De La Rue. Ironically, De La Rue acquired the contract to print Bank of England banknotes again in 2003 – 75 years after Waterlow lost it!