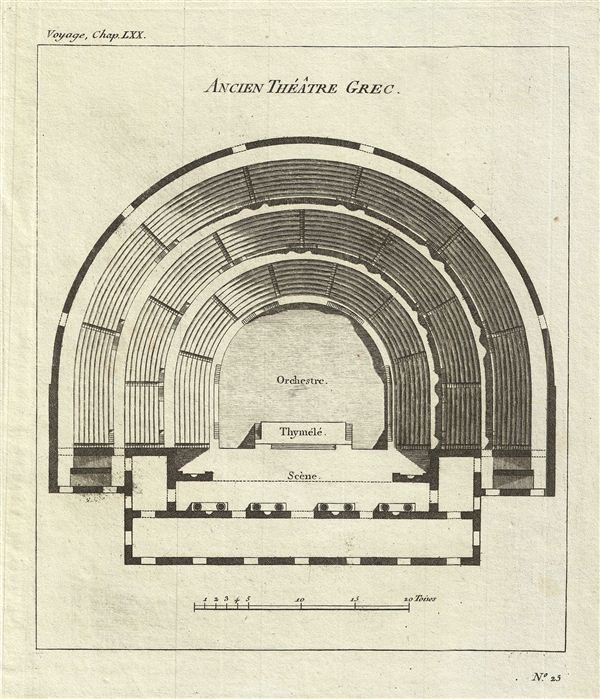 This is a fine example of the 1791 Barbie de Bocage map or plan of a typical theatre in Ancient Greece. Depicts the layout of the stage, the platform (Thymele) and the orchestra. Theatre was very popular in ancient Greece and Athens in particular. Prepared by M. Barbie de Bocage in 1791 to illustrate the Travels of Anacharsis.