1771 Bonne Map of England and Wales 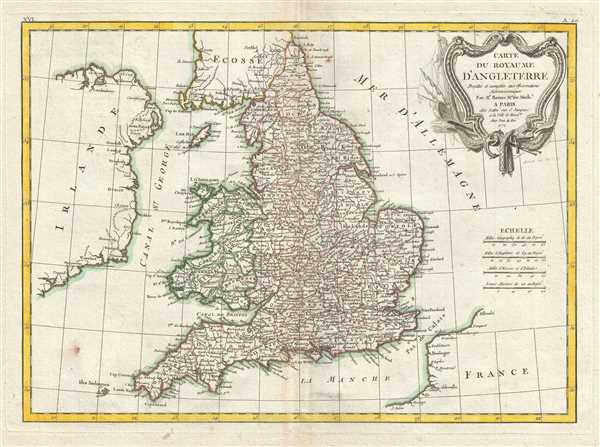 1771 Bonne Map of England and Wales

Early map of England and Wales.

A beautiful example of Rigobert Bonne's 1771 decorative map of England and Wales. Covers all of England and Wales as well as parts of adjacent Scotland, Ireland and France. Divided by county. The map notes numerous cities, towns, rivers, lakes and topography throughout. A decorative baroque title cartouche appears in the upper right quadrant. Drawn by R. Bonne in 1771 for issue as plate no. A 20 in Jean Lattre's Atlas Moderne.