1864 Johnson Map of the World showing the Animal Kingdom, Industies, and Currents 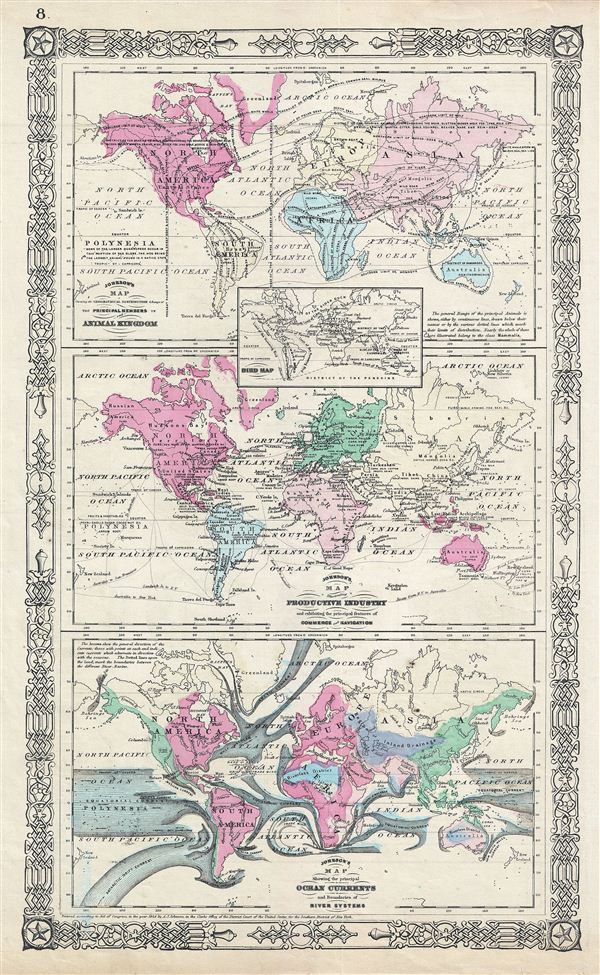 1864 Johnson Map of the World showing the Animal Kingdom, Industies, and Currents

Very good. Coats of Arms of various states on verso.