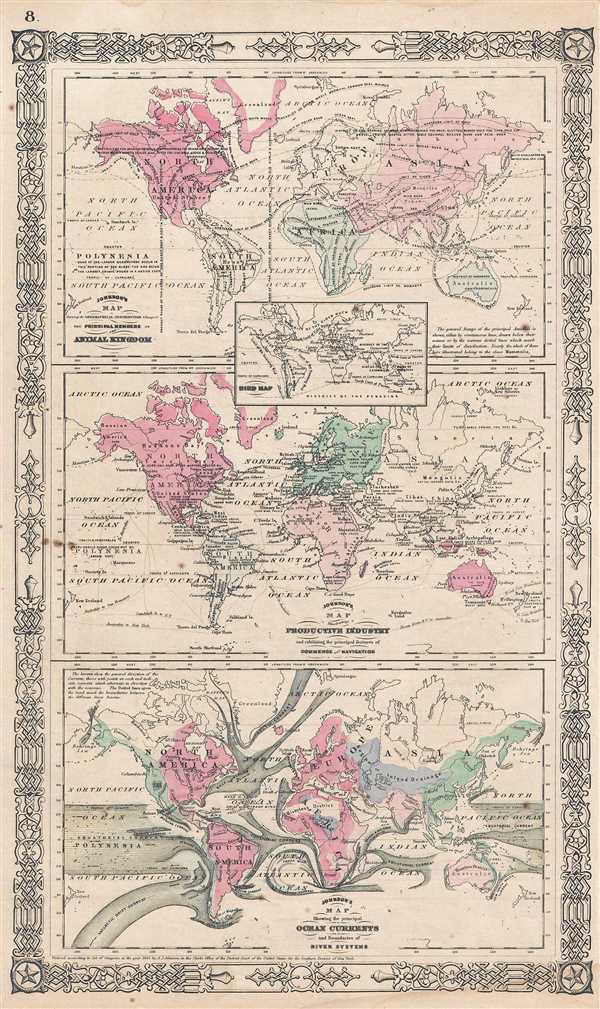 This is one of the thematic world map sets from the rare 1864 edition of Johnson and Ward's New Illustrated Atlas. It features three maps within a single border. The first map depicts the geographical distribution and range of the principal members of the animal kingdom, with an inset showing bird migration map. With a primary focus on mammals, the upper map depicts the general range and distribution of principal animals by continuous or dotted lines. The second map illustrates the productive industries of various countries establishing the principle features of commerce and navigation. The central map marks the products of each country and indicates various important nautical routes. The third map very attractively displays the important ocean currents. Shading in the landmasses show the influence of various river systems. The map features the fretwork style border common to Johnson's atlas work from 1863 to 1869. Steel plate engraving prepared by A. J. Johnson for publication as plate no. 8 in the 1864 edition of his New Illustrated Atlas.