1740 Bellin Map of the Arabian Peninsula 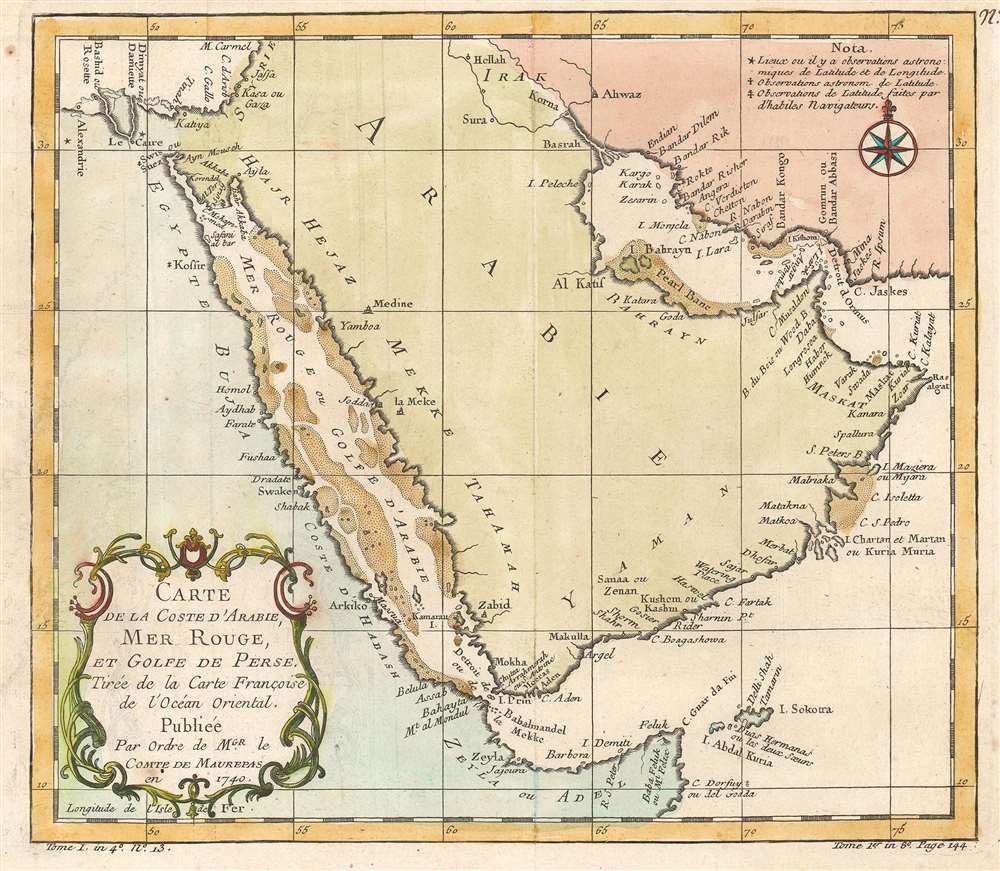 1740 Bellin Map of the Arabian Peninsula

A beautifully engraved 18th century map of the Arabian Peninsula - labels both Mecca and Medina.
$275.00

This is a 1740 Jacques-Nicolas Bellin Bellin map of the Arabian Peninsula. The map depicts the region from Alexandria, Egypt to the Gulf of Oman and from the Mediterranean Sea and Iraq to the Horn of Africa. Beautifully engraved, numerous coastal locations are labeled throughout. Both Mecca and Medina are labeled, as are Gaza, Cairo, Alexandria, and Basra.

This map was created by Jacques-Nicolas Bellin in 1740 for publication in Jean-François de La Harpe's Histoire Générale des Voyages.