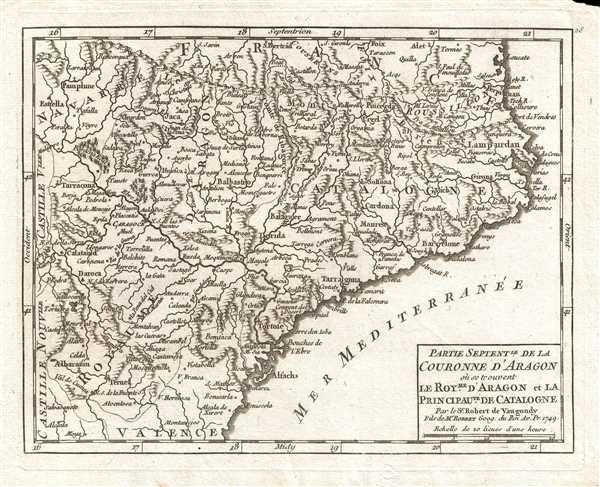 Map of Aragon and Catalonia, Spain, including Barcelona.

This is a 1749 Didier Robert de Vaugondy map of northern Aragon, Spain. The map depicts from Navarre and Castile to the Mediterranean and from France to Valencia and the Mediterranean. Catalonia (Catalogne) is labeled and dominates the right side of the map. Barcelona (Barcelone) is easily discernable in bold black lettering along the Mediterranean coast. Aragon is sandwiched between Navarre and Catalonia and bordered by France and Valencia. The Pyrenees Mountains traverse the northern portion of Aragon and are depicted in profile, along with other mountains across the regions. Countless cities and towns are labeled, including Barbastro (Balbastro) and Lleida (Lerida), Spain and Perpignan, France.