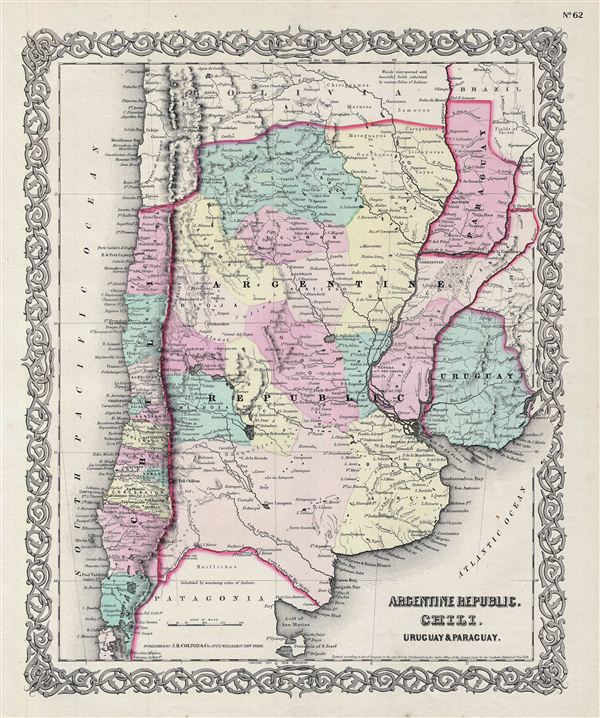 An excellent 1855 first edition example of Colton's map of Chile, Argentina, Paraguay and Uruguay. This map covers from Bolivia to Patagonia and from the Pacific to the Atlantic. Colton notes Bolivia's claims to the Atacama Desert which is today part of Chile. He also identifies a number of important mountains including Aconcagua, the highest elevation in South America. The map was drawn five years after the region's independence from Spain. Following General Jose de San Martin's defeat of the Royalist forces and the subsequent liberation of Argentina, european and other Latin American settlers flocked to the region with dreams of rich farm lands and other natural wealth. This map identifies various cities, towns, forts, rivers, rapids, mountain passes, fords, and an assortment of additional topographical details. Map is hand colored in pink, green, yellow and blue pastels to define national and regional boundaries. Surrounded by Colton's typical spiral motif border. Dated and copyrighted to J. H. Colton, 1855. Published from Colton's 172 William Street Office in New York City. Issued as page no. 62 in volume 1 of Colton's 1856 Atlas of the World.