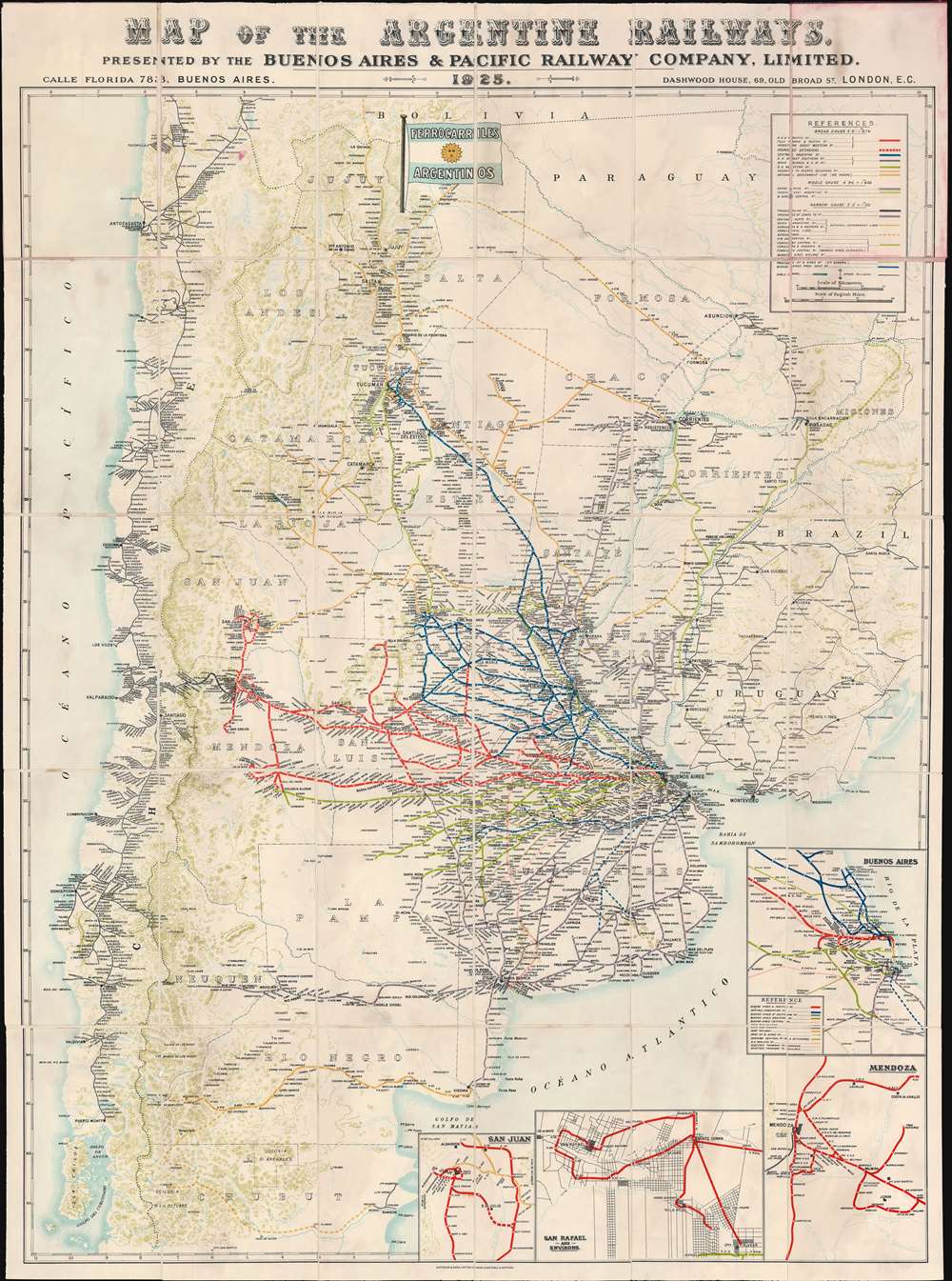 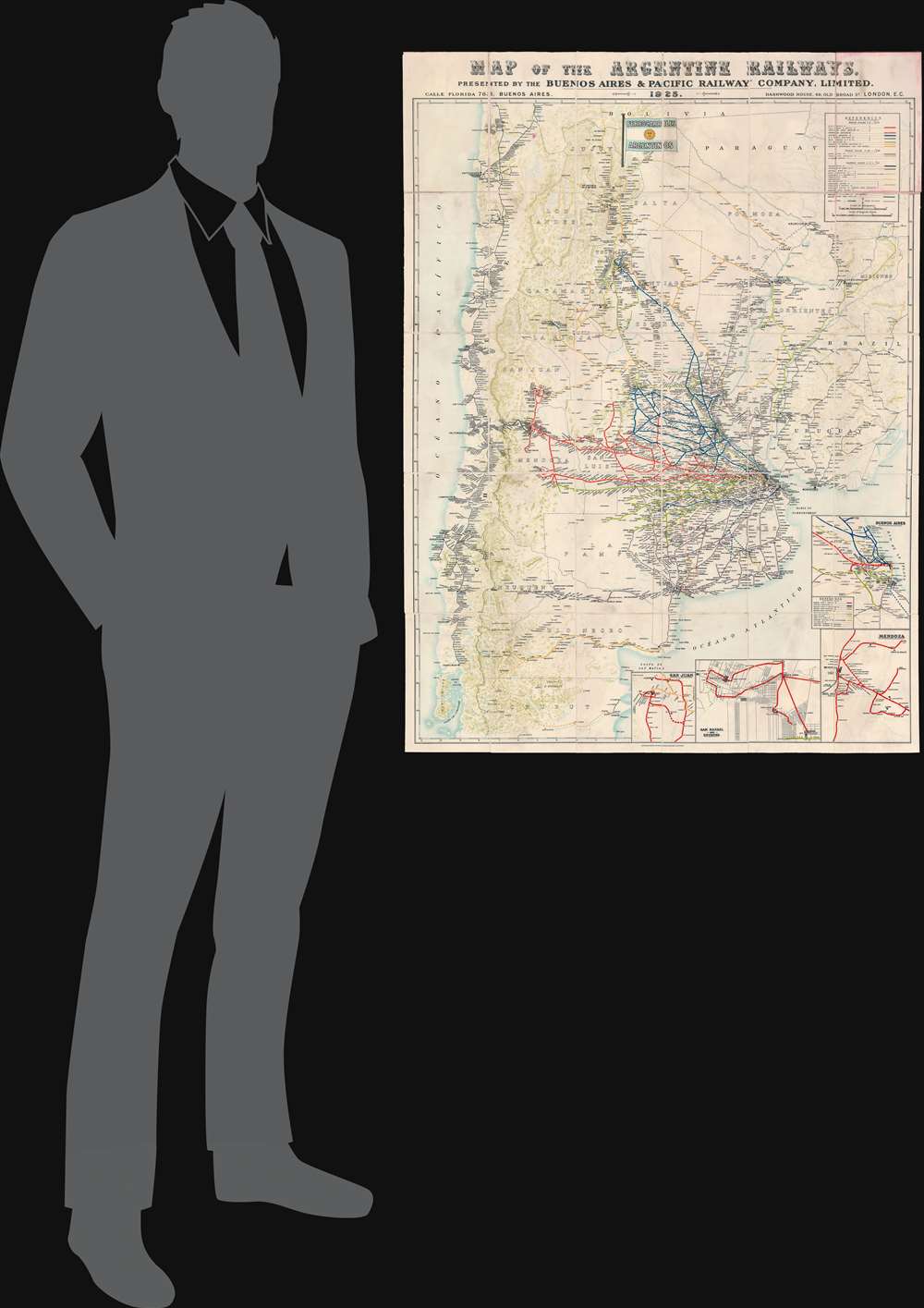 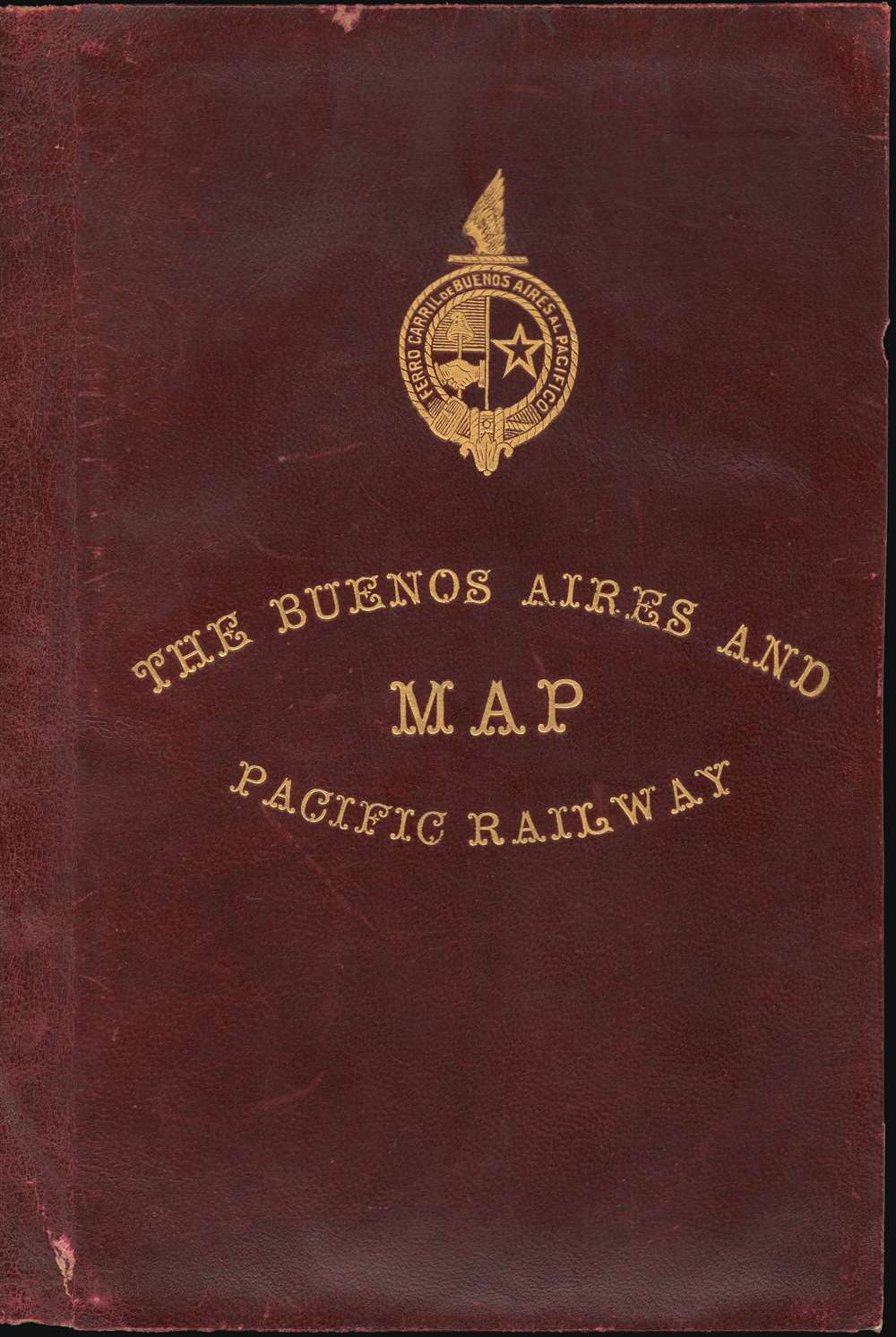 This is a striking 1925 chromolithograph railroad map of Argentina and Chile. The map covers from Atlantic to Pacific and from Tocopilla to Isla Chiloe and Rawson. Railroad lines are coded by color and design, with a focus, in red, on the routes operated by the Buenos Aires and Pacific Railway - who sponsored the publication of this map. This map was likely made to spur additional British investment in Argentine railroad infrastructure - much of which was already heavily leveraged to British consortiums. Insets in the lower right detail important connections in Buenos Aires, Mendoza, San Juan, and San Rafael.

The Buenos Aires and Pacific Railway Co. Ltd. (BAPRO) was a 'Big Four' British-owned, broad railroad serving the Cordoba, San Luis, and Sante Fe provinces of Argentina. The railroad was founded in 1872 by John E. Clark, who received a concession from Argentina to connect Buenos Aires to Chilean railroad networks. The line between Buenos Aires and Valparaiso, Chile, was completed in 1910 when a link between Mendoza and Santa Rosa de Los Andes was opened by the Transandino Railway Company. The completion of this connection fulfilled a long-held ambition dating to at least the early 18th century, when explorers and investors began agitating for a practical route between the Rio de la Plata and Valparaiso - thus eliminating the need to transport goods by treacherous maritime routes around Cape Horn or by wagon over the Andes. The railroad continued to grow and expand its network in Argentina, purchasing smaller connecting railroads and building new lines. It was a 'Bit Four' railroad, one of 4 privately-owned British-run railroads that comprised the main trunk of the Argentine railroad network. In addition to the BAPRO, there were the Buenos Aires Western Railway, Buenos Aires Great Southern Railway, and Central Argentine Railways - all of which appear on this map. The BAPRO operated until 1948, when President Juan Peron nationalized the Argentine Railway system.

This map was first published by Waterlow and Sons of London and Buenos Aires around 1913 and went through multiple editions through the present example, 1925. Nonetheless, the map appears rarely. We note one example of the 1913 edition at the University of Toronto, and the OCLC cites examples of the present 1925 edition at the British Library St. Pancras, the Staatsbibliothek zu Berlin, and the University of Cambridge.

Very good. Some discoloration from glues used to apply linen backing. Bleed from red leather binder upper right. Detached from binder, which is itself worn and damaged where originally attached to map.