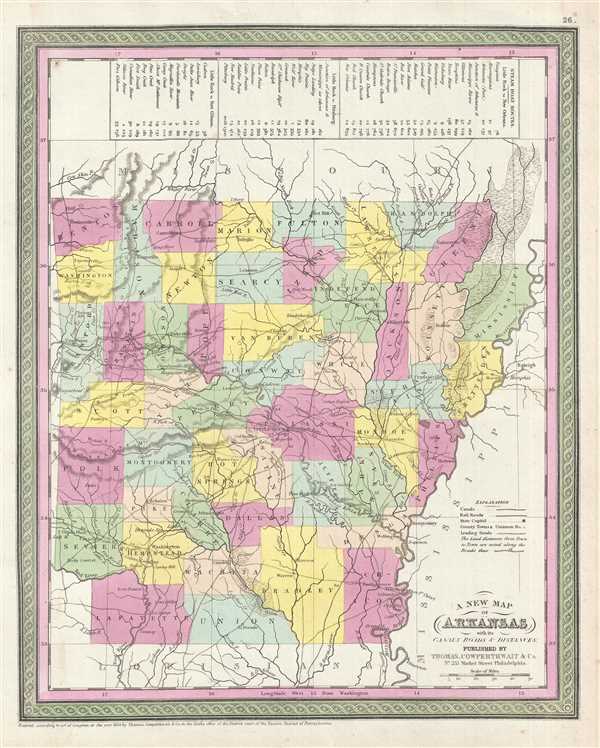 This is an 1854 Thomas Cowperthwait and S. A. Mitchell map of Arkansas. The map depicts the state from Missouri to Louisiana and from the Indian Territory to Mississippi and Tennessee. Numerous cities and towns are labeled, including Little Rock and Pine Bluff. Roads, rivers, and flood plains are also illustrated. The whole is engraved and colored in Mitchell's distinctive style with green border work and vivid pastels. Counties and topographical features are noted and color coded with elevation rendered by hachure. Along the upper border Steam Boat routes along with distances are presented in tabular format.