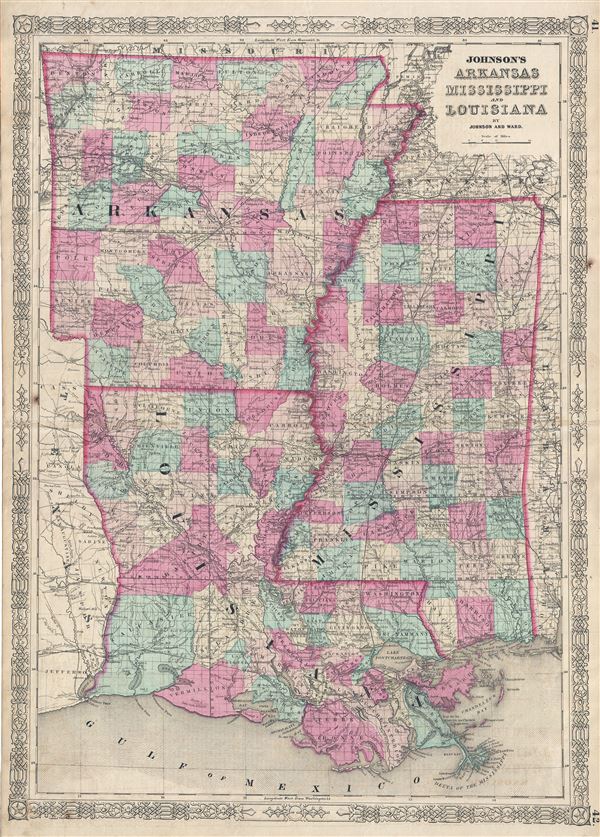 This is a beautiful example of Johnson and Ward's 1863 map of Arkansas, Mississippi and Louisiana. This rare map offers a fascinating snapshot of these secessionist states during the American Civil War. The map shows all three states in full with color coding according to county. Various towns, cities, railways, roads, rivers and several other topographical features are noted with relief shown by hachure. It features the fretwork style border common to Johnson's atlas work from 1863 to 1869. This map was printed by Johnson and Ward as plate nos. 41-42 in the scarce 1863 Civil War edition of Johnson's Family Atlas.