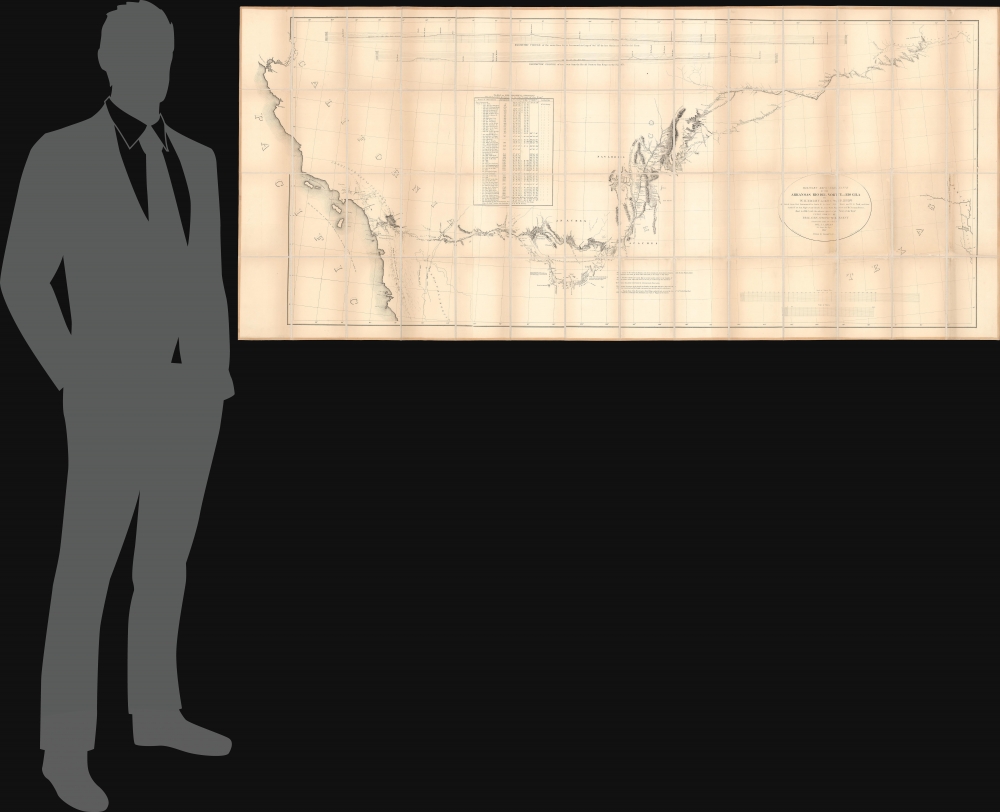 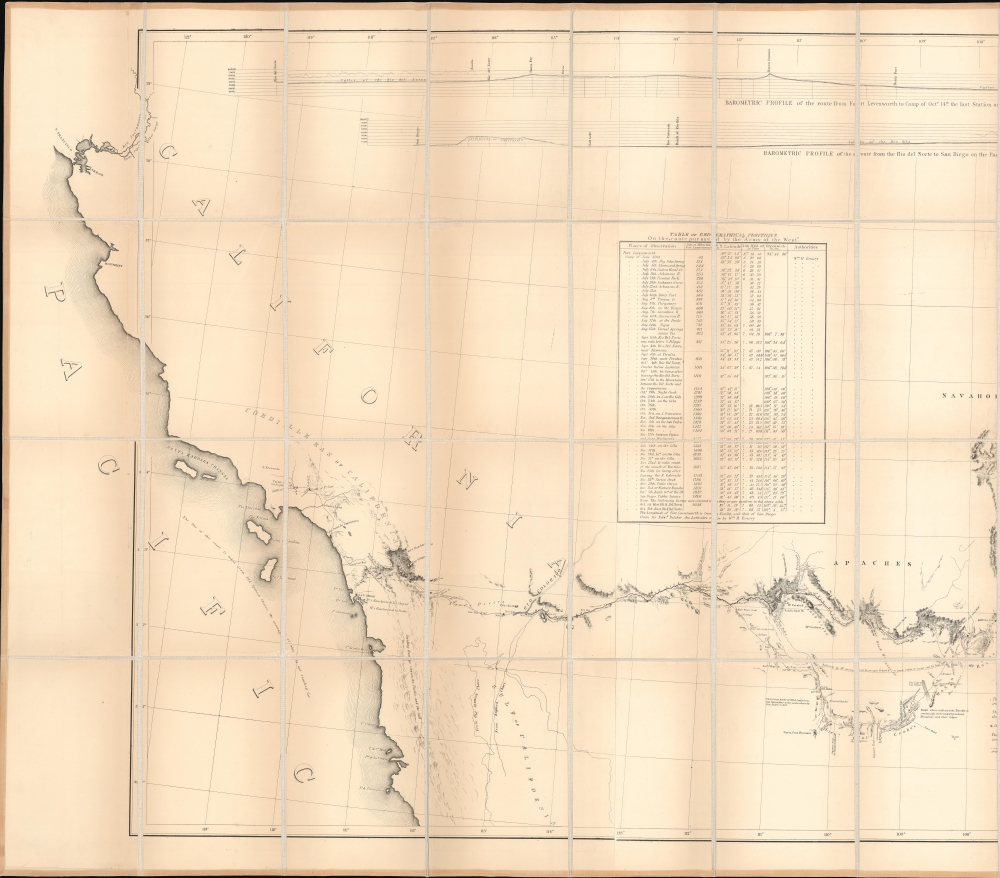 '...the most important milestone in the cartographic development and accurate delineation of the Southwest.' - Carl Wheat
$2,500.00

This is William Hemsley Emory's seminal 1848 map of the American Southwest. Depicting from Forth Leavenworth, Kansas (then in Missouri) to the west coast, the map follows Emory's military reconnaissance through the territory newly-acquired by the United States from Mexico. Emory marks his progress on a daily basis and highlights positions determined through Astronomical Observation. He also includes commentary on the terrain and marks the Battle of San Pasquale and the Skirmish of December 7th. Carl Wheat, in his incredibly influential work Mapping the Transmississippi West summarizes this map's importance best

The territory shown on the map is limited to Lt. Emory's route, but since Emory was meticulous in his astronomical observations and because of his extreme care not to include mere 'imaginary geography', the map possesses an importance much greater than many of the more showy performances of the period. Its carefully fixed points enabled other map makers to orientate entire regions not hitherto properly tied into known geographic positions. In many respects, Emory's map was the most important milestone in the cartographic development and accurate delineation of the Southwest. In its period only the similarly scientifically based reconnaissance maps of Fremont were its equals.

Emory, Kearny, and the Army of the West

In 1846, the Mexican-American War erupted in the American southwest. President James K. Polk recognized the war as an opportunity to seize both New Mexico and California, and sent Colonel Stephen W. Kearny (1794 - 1848) and the Army of the West to invade New Mexico. Lieutenant William Hemsley Emory was attached to the Army of the West, the commander of a topographical detachment. The Army of the West left Fort Leavenworth, Kansas in late June 1846 and marched along the Santa Fe Trail toward New Mexico. While Emory realized that 'war was the object' and military duties had to take precedent, he and his staff took every available moment to explore the countryside. Emory also took hundreds of barometric readings and 2,000 nighttime astronomical observations, work that he translated into his landmark map. During the day, Emory calculated grades, recorded climate information, measured streams, and examined topographical contours. After the Army of the West captured Santa Fe, it (and Emory) continued across New Mexico to California, where they encountered their first armed resistance. Kearny unwisely chose to fight instead of continuing to San Diego and in a bitter hand-to-hand battle, the Battle of San Pasqual, eighteen of Kearny's men were killed and Kearny himself was wounded. Nonetheless, Kearny considered the battle a victory as Mexicans withdrew after suffering only two casualties. This belief reflects a longtime Western military convention that the victorious force is the one that retains the field, but not necessarily the one that comes out intact. After being reinforced by a detachment of Marines from San Diego, Kearny, Emory, and the Army of the West reached San Diego.

This map was created by William Hemsley Emory, drawn by Joseph Welch, engraved by E. Weber and Company, and published by Wendell and Van Benthuysen in Notes of a military reconnaissance, from Fort Leavenworth, in Missouri, to San Diego, in California, including part of the Arkansas, Del Norte, and Gila rivers in 1848. It is well represented institutionally but is scarce on the private market.

Emory, W.H., Notes of a military reconnaissance, from Fort Leavenworth, in Missouri, to San Diego, in California, including part of the Arkansas, Del Norte, and Gila rivers. (Washington: Wendell and Van Benthuysen) 1848.

Good. Dissected and mounted on linen in fifty-six (56) panels. Exhibits toning and wear. Areas of scuffing apparent. Blank on verso.