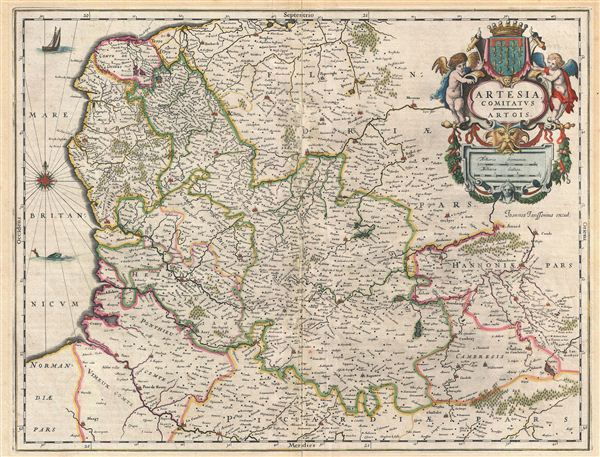 An attractive 1642 Joannes Janssonius (Jan Jansson) map of Artois or Artesia, France. Artois is former province located in the northwestern part of France, boarding Belgium (Flanders) on the north and Picardy to the south. This roughly corresponds to the modern department of Pas-de-Calais, and includes the prominent cities of Arras, Saint-Omer, Lens and Bethune.