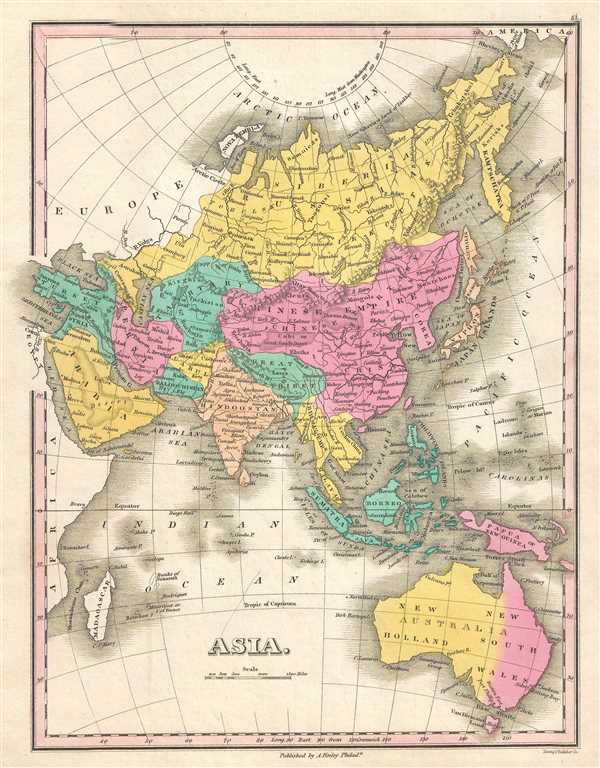 Labels the Land of Liakhov, which is more widely known as the Legendary Ivory Islands.

This is an 1828 Anthony Finley map of Asia. The map depicts the region from the Mediterranean Sea to the Bering Strait and Papua New Guinea and from the Arctic Ocean to Tasmania. It was common during this era in cartographic history to include Australia and the East Indies in maps of Asia. Highly detailed, myriad cities, towns, and villages are labeled throughout, and regional divisions are identified through shading. The Great Wall of China is illustrated and labeled, as is the Land of Liakhov. The Land of Liakhov, more commonly known as the Legendary Ivory Islands, are situated in the Russian Arctic Ocean, and were known by this name because Ivan Liakhov, who discovered the islands in the late 18th century, was astounded by the amount of fossilized mammoth ivory he found there that he believed the entire archipelago was composed of this exotic material.

This map was engraved by young and Delleker for the 1828 edition of Anthony Finley's General Atlas.