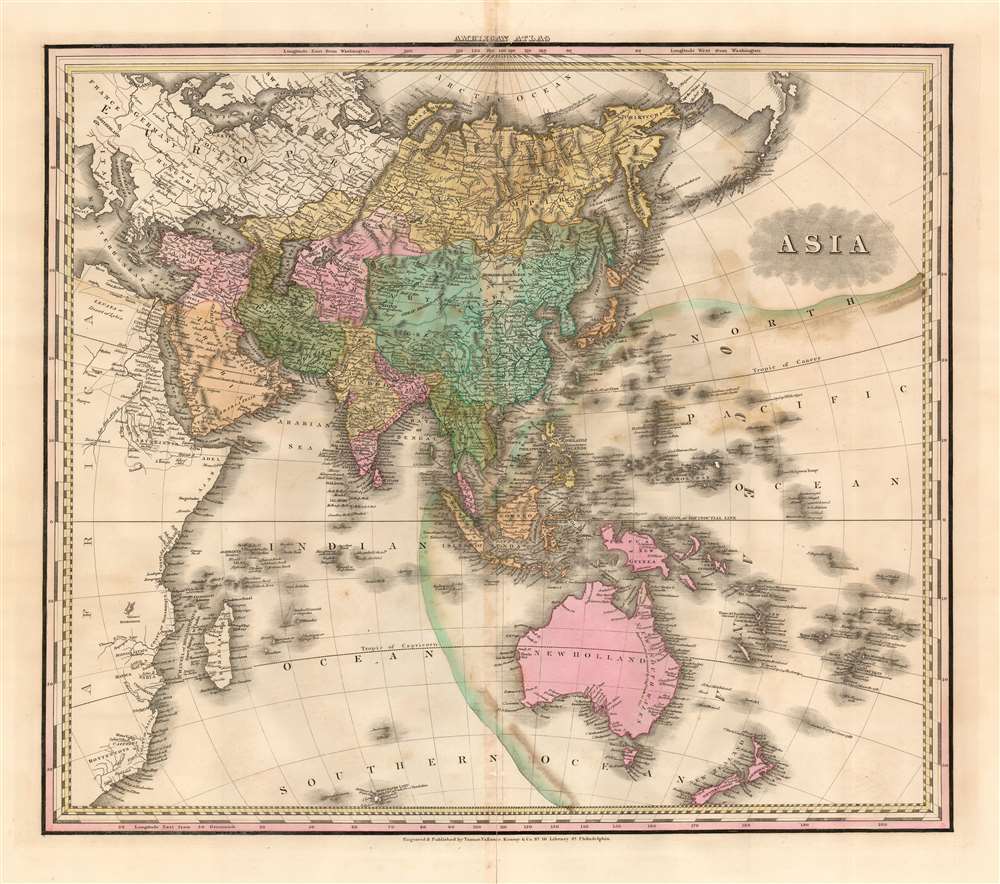 This is an 1823 first edition Henry Shenk Tanner map of Asia. The map depicts from continental Europe and Africa (though both are uncolored) to Alaska and from the Arctic Ocean to Australia, South Africa, and the Southern Ocean. A few cartographic oddities create intriguing questions. One such abnormality is Hokkaido not being included in the Islands of Japan. Another concerns Luzon, in the Philippines, which is bisected in such a way that it resembles two peninsulas - probably in an attempt to represent the Cagayan River. Myriad locations throughout the region are identified, including Singapore, Persia, Tibet (Thibet), and Nepal (Napaul). The coasts, which had been known to European traders and explorers for hundreds of years, exhibit the most detail, while some inland regions, such as the Gobi Desert, New Guinea, and most of Australia, bear very little detail.

This map was created and published by Henry Shenk Tanner for the 1823 first edition of his A New American Atlas.