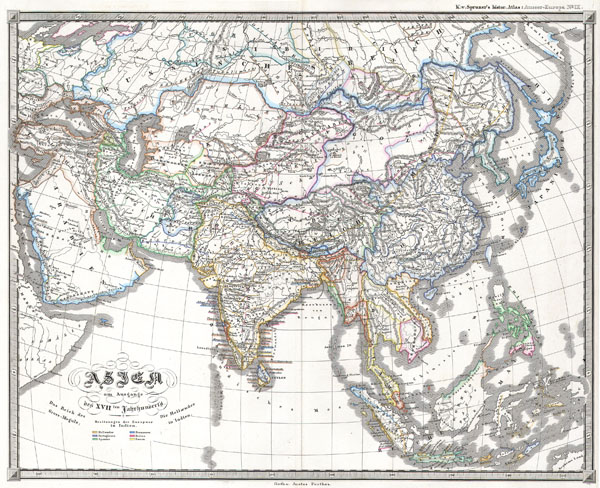 This fascinating hand colored map depicts Asia at the end of the 17th century. The Dutch had established themselves in India and the Chinese Empire was under Mogul control. Also depicts Southeast Asia in good detail with early versions of Vietnam (Anam & Tonkin), Cambodia (Kambodscha) and Thailand. Singapore is labeled as Singapura. Published as part of Karl von Spruner's Historical Atlas of 1855.