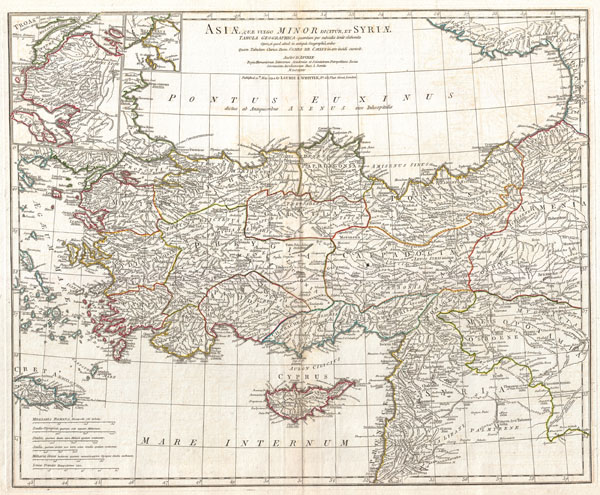 A large and dramatic J. B. B. D'Anville map of Asia Minor in antiquity. Covers from Greece (Graecia) and the Aegean Sea eastward to include all of Asia Minor as far as Armenia. Extends south as far as the ancient city of Sidon in modern day Lebanon. Includes the modern day nations of Turkey, Syria, Cyprus and Lebanon, along with parts of adjacent Greece and Armenia. Details mountains, rivers, cities, roadways, and lakes with political divisions highlighted in outline color. Title area appears at top center. Includes six distance scales, bottom left, referencing various measurement systems common in antiquity. Text in Latin and English. Drawn by J. B. B. D'Anville in 1764 and published in 1794 by Laurie and Whittle, London.