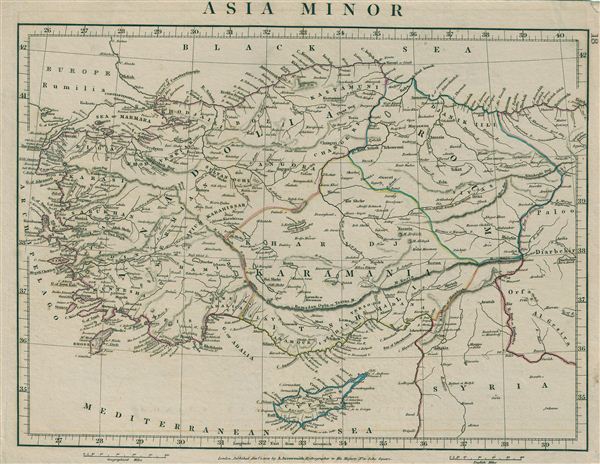 This is a rare example of Aaron Arrowsmith's 1828 map of Asia Minor. This map covers from the Grecian Archipelago to Syria and from the Black Sea to the Mediterranean Sea and Cyprus. The map shows many colonies under the Ottoman Empire including Turkey, Anadolia, Karamania, Roum, Itshilia, Cyprus and Syria. The regional political boundaries are colored and relief shown by hachures. This map was published by A. Arrowsmith, hydrographer to His Majesty, in 1828.