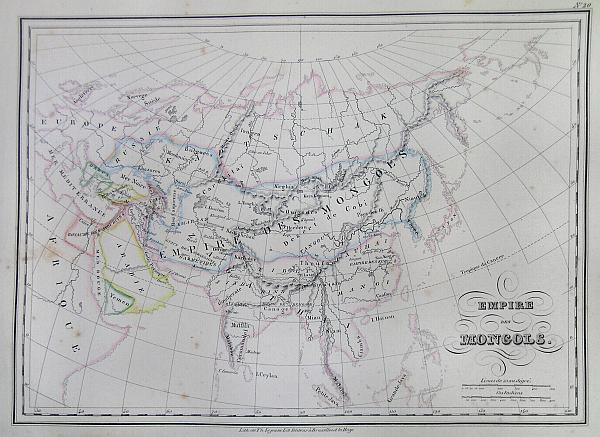 This is a beautiful 1837 hand colored map Europe and Asia under the domino of the Mongol Empire as established by the Golden Horde under Genghis Khan. All text is in French.