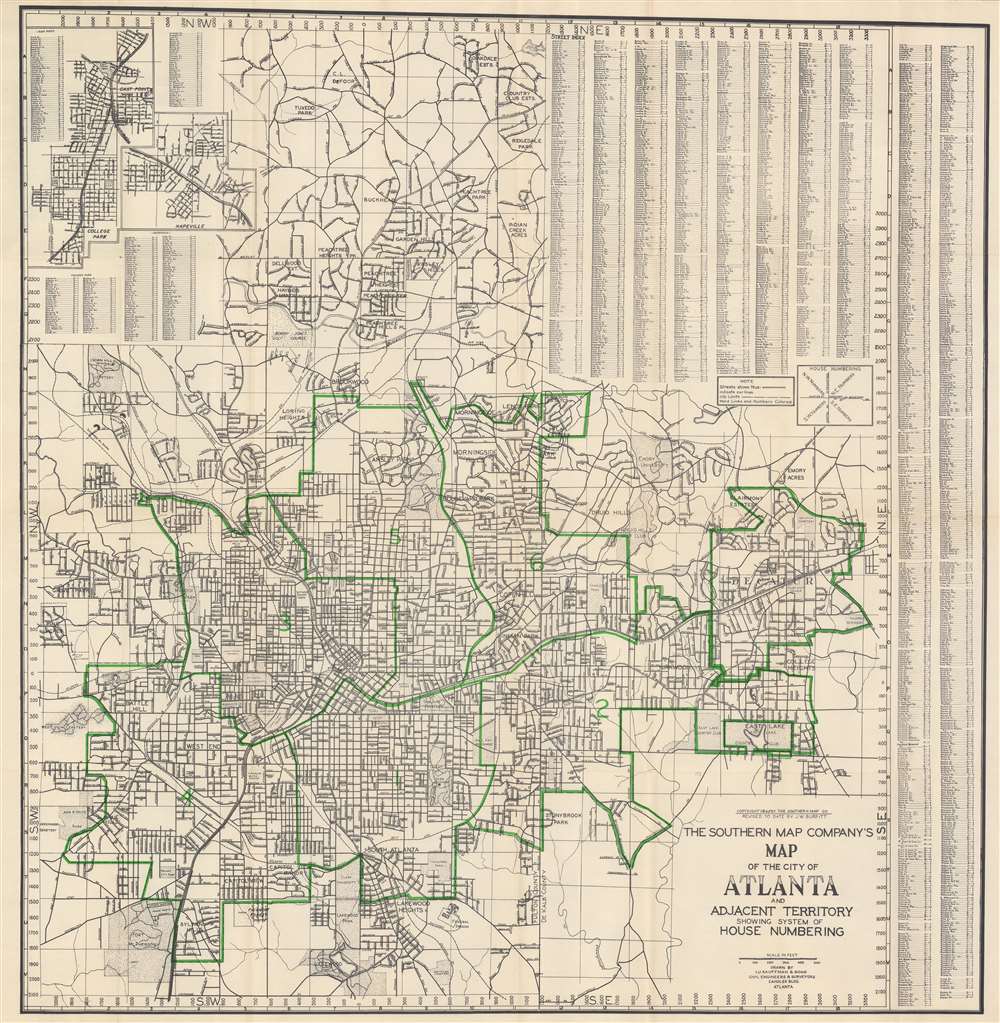 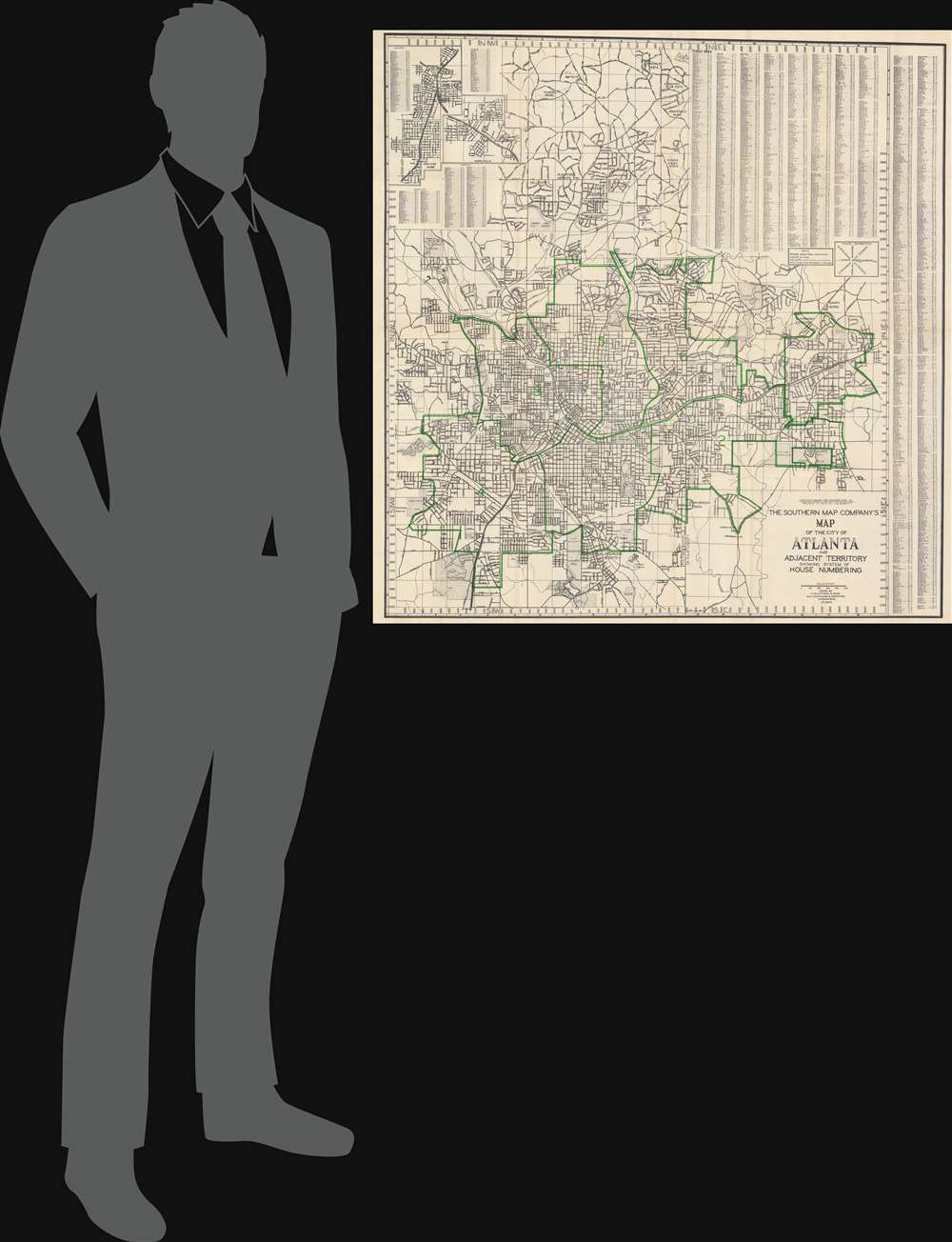 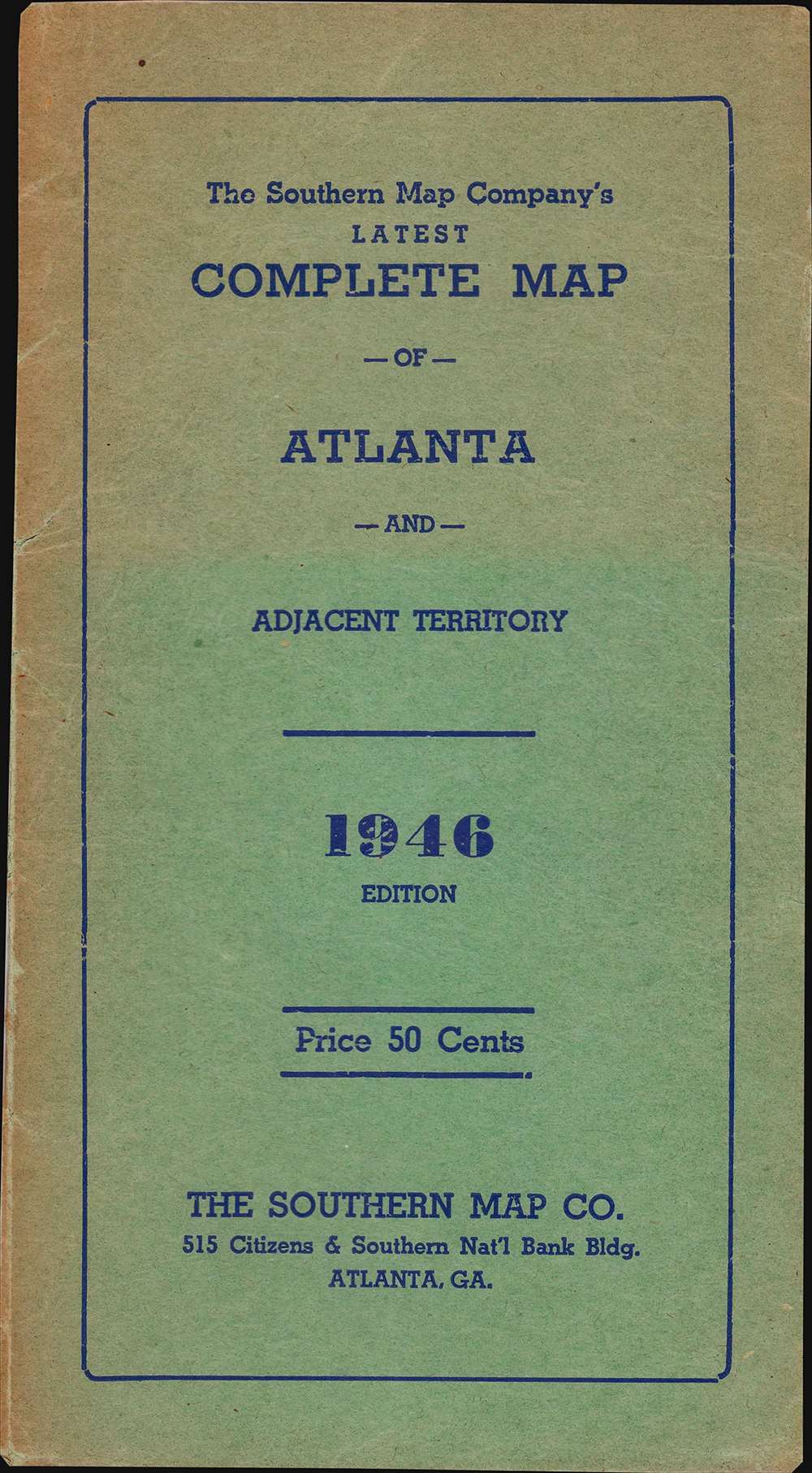 This is a 1946 Southern Map Company city plan or map of Atlanta, Georgia and the immediate vicinity. Coverage extends from Oakdale Estates and Capital City Country Club to Lakewood and from Pine Acres to Columbia Seminary in Decatur. Streets are illustrated, neighborhoods and subdivisions identified, and Atlanta city wards defined in green (which by extension means the city limits are colored green as well). Emory University, Agnes Scott College, Grant Park, Clark University, Fort McPherson, and Atlanta University rank among the specific sites named. An alphabetical street index occupies the upper right corner and the right side of the sheet. Three insets appear in the upper left detailing College Park, Hapeville, and East Point.

Ira Ulysses Kauffman (May 18, 1881 - December 27, 1937) was an American civil engineer. Born in Massalon, Ohio, Kauffman moved to Atlanta, Georgia, in 1903, where he worked with his brother O.F. Kauffman in the engineering firm O.F. Kauffman and Brother. He opened an engineering firm with his son in 1929 called I.U. Kauffman and Son, which would later become I.U. Kauffman and Sons. At the time of his death, Kauffman worked as chief engineer of the Georgia division of the United States Coast and Geodetic Survey. Over the course of his career, Kauffman helped lay out the Druid Hills, Ansley Park, and Avondale Estates developments, as well as the Camp Gordon and Fort Benning army posts. Kauffman died unexpectedly of a cerebral hemorrhage. One of Kauffman's sons, William R. Kauffman (April 19, 1911 - December 19, 1978), served in the U.S. Navy Seabees in the South Pacific for thirty months during World War II. After being discharged from the Navy, William Kauffman founded an engineering firm in Atlanta called Kauffman and Harman. Learn More...


James William Burpitt (June 12, 1900 - October 24, 1982) was an American civil engineer. He attended Georgia Tech, which he entered in 1919. Burpitt spent most of his life in Atlanta. He served on the American Battle Monuments Commission during World War II and helped construct military cemeteries in Paris, France. He remained in the U.S. Army until at least 1955 and rose to the rank of Lieutenant Colonel. He married Pauline Landon on June 20, 1925, with whom he had two daughters. Learn More...