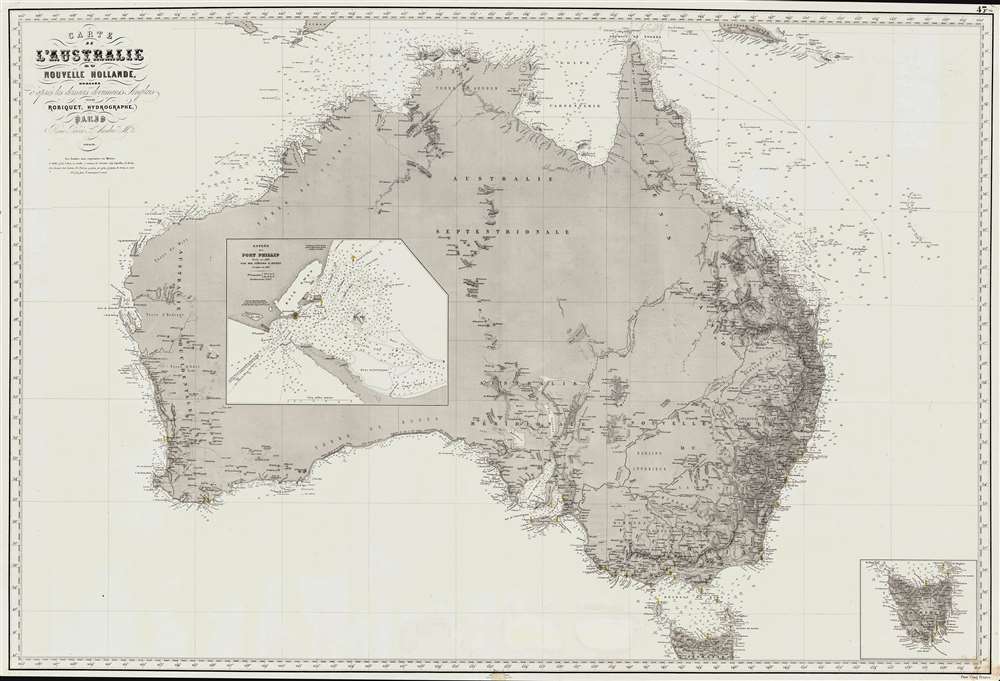 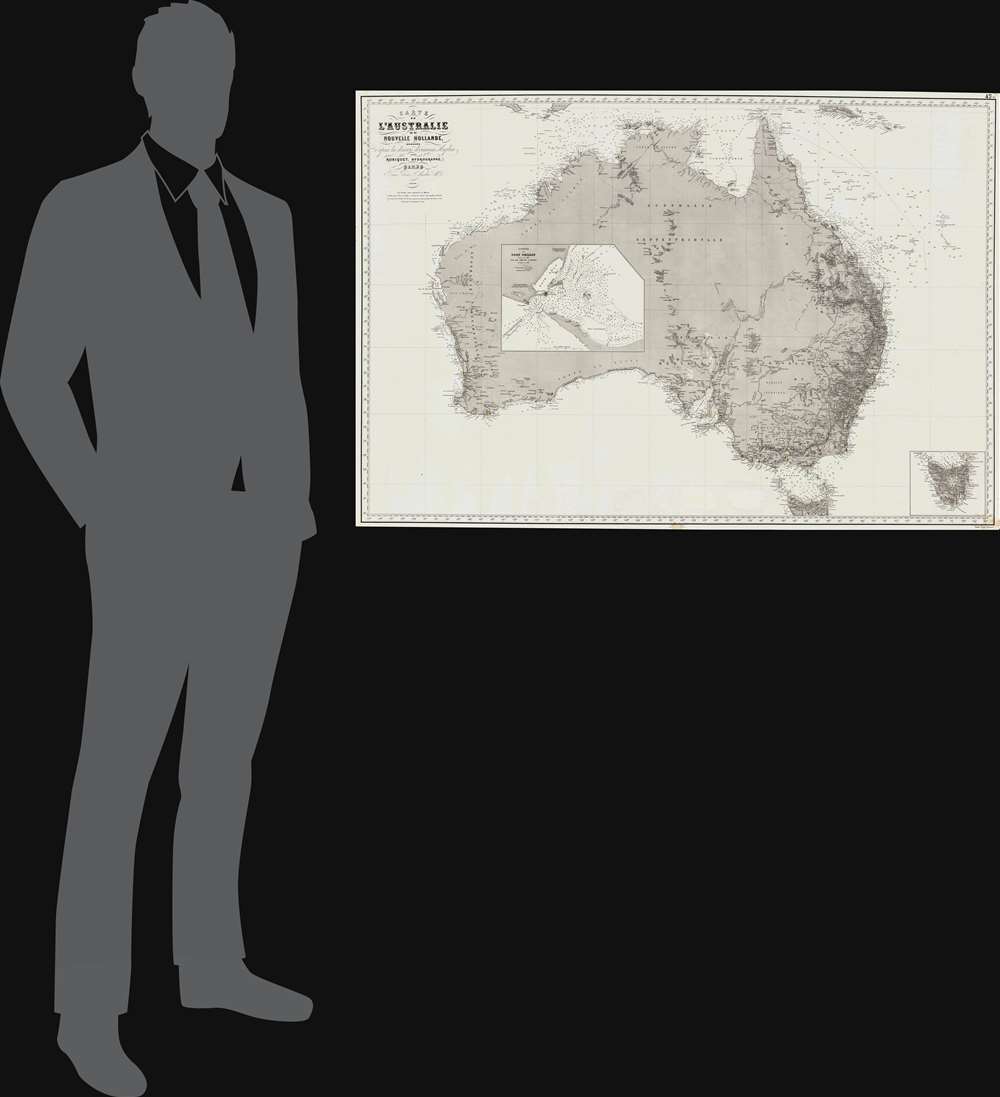 Sailing to Australia for the Victoria Gold Rush!

A fine and exquisitely detailed 1863 first edition of Aimé Robiquet's privately published nautical chart or maritime map of Australia. Covering all of Australia, with Tasmania represented as an inset, this map was published to capitalize on navigation to Melbourne associated with the Victoria Gold Rush - hence the large inset of Port Phillip, the access point to Melbourne and the wealth lying just inland. Robiquet compiled this chart from the most up-to-date English sources, with several modifications and additions of his own to increase accuracy.

Gold was known to be present in Australia prior to 1851, but the intentional suppression of this information by the colonial government of New South Wales prevented all-out gold rushes. When gold was discovered at Sutter's Mill, California, in 1848, causing the California Gold Rush, countless Australians migrated in search of their fortunes. Desirous of maintaining their dwindling work force, the colonial governors rethought their position, and sought approval from the Colonial Office in England to allow the exploitation of the mineral resources and also offered rewards for the finding of payable gold. This led to the first major Australian gold rush when prospector Edward Hargraves discovered gold at Ophir, near Orange. A series of subsequent discoveries followed, transforming the Australian economy and leading to a rush of new immigration. In Victoria, for example, Melbourne, which had a population of around 29,000 in 1851, grew to over 500,000 by 1861 and then to 700,000 by 1869. This population boom forced the British government to allow the Port Philip District to secede from New South Wales to form the Colony of Victoria. Gold production in Victoria exceeded all other gold producing regions in the world, with the exception of California, with its highest annual yield reaching 3,053,744 troy ounces in 1856. It is estimated that between 1851 and 1896 a total of 61,034,682 ounces of gold were extracted from mines in Victoria.

This chart was compiled by Aimé Robiquet, one of the premier private French hydrographers of his generation. It was engraved by P. Lacouchy, likely on steel, and printed by L'Antoine de Cluny, Paris. We note references to this 1863 first edition in contemporaneous nautical publications, but see few examples, either on the market, or in major library collections. Most citied examples are later editions, including 1873, 1869, and 1882 (National Library of Australia). We see no other surviving examples of the present first edition.

Aimé Robiquet (18xx - 18xx) was a French hydrographer and publisher of nautical charts active in the middle part of the 19th century. Little is known of his life, but he was most active as a chartmaker between 1851 and 1865, with several of his charts being reprinted well into the 1870s. He may have gone to sea in the 1860s, but his is unclear. Robiquet's privately published charts were considered among the finest of their generation. His greatest work is the Atlas Hydrographique, a 75-chart elephant folio nautical atlas published in Paris between 1856 and 1861. His offices were located at Rue Pavée Saint Andre No.2. Paris 1856. Learn More...


P. Lacouchy (18xx - 18x) was a French copper and steel-plate engraver active Paris during the middle part of the 19th century. Learn More...