1856 Colton Map of Austria, Hungary and the Czech Republic 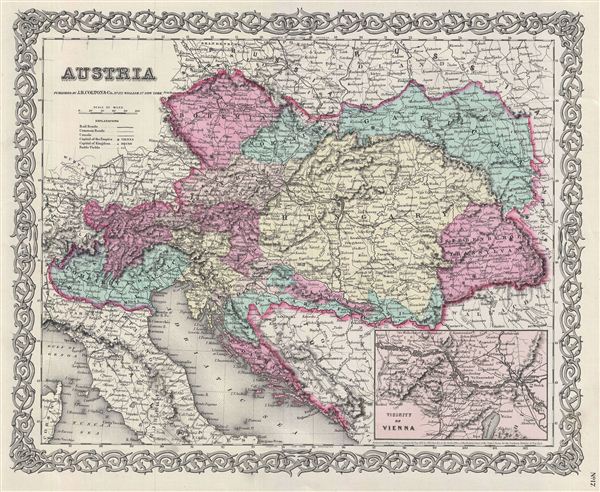 1856 Colton Map of Austria, Hungary and the Czech Republic

A beautiful 1855 first edition example of Colton's map of the Austrian empire. Like most of Colton's europe maps, this map was derived from an earlier wall map of the world produced by Colton and D. Griffing Johnson. Covers the territories claimed by the once vast Austro-Hungarian empire, including in whole or part the modern day nations of Austria, Hungary, Germany, Italy, Albania, Croatia, Romania, and the Czech Republic. Lower right quadrant features an inset map of the environs of Vienna.

The Austrian empire, founded in 1804 by the last Holy Roman emperor, Francis II, lasted only till 1866. It was transformed into the Austro-Hungarian empire after Austria was defeated in the Austro-Prussian War of 1866.