1835 Hall Map of the Austrian Empire 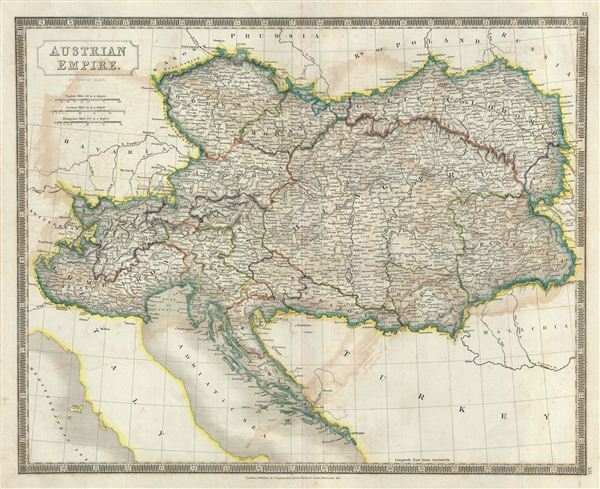 1835 Hall Map of the Austrian Empire

This is a beautiful map of the Austrian Empire from Sidney Hall's extremely scarce 1835 New General Atlas. It covers the territories claimed by the once vast Austrian Empire, including in whole or part the modern day nations of Austria, Slovakia, Hungary, Romania, Czech Republic, Poland, Ukraine, Serbia and Croatia. Hall notes towns, rivers, mountains, and various other important topographical details. Elevation throughout is rendered by hachure and political and territorial boundaries are outlined in color. This map notes the Siege of Belgrade in 1717 among other battles. The Austrian Empire, founded in 1804 by the last Holy Roman Emperor, Francis II, lasted only till 1866 when it became the Austro-Hungarian Empire.