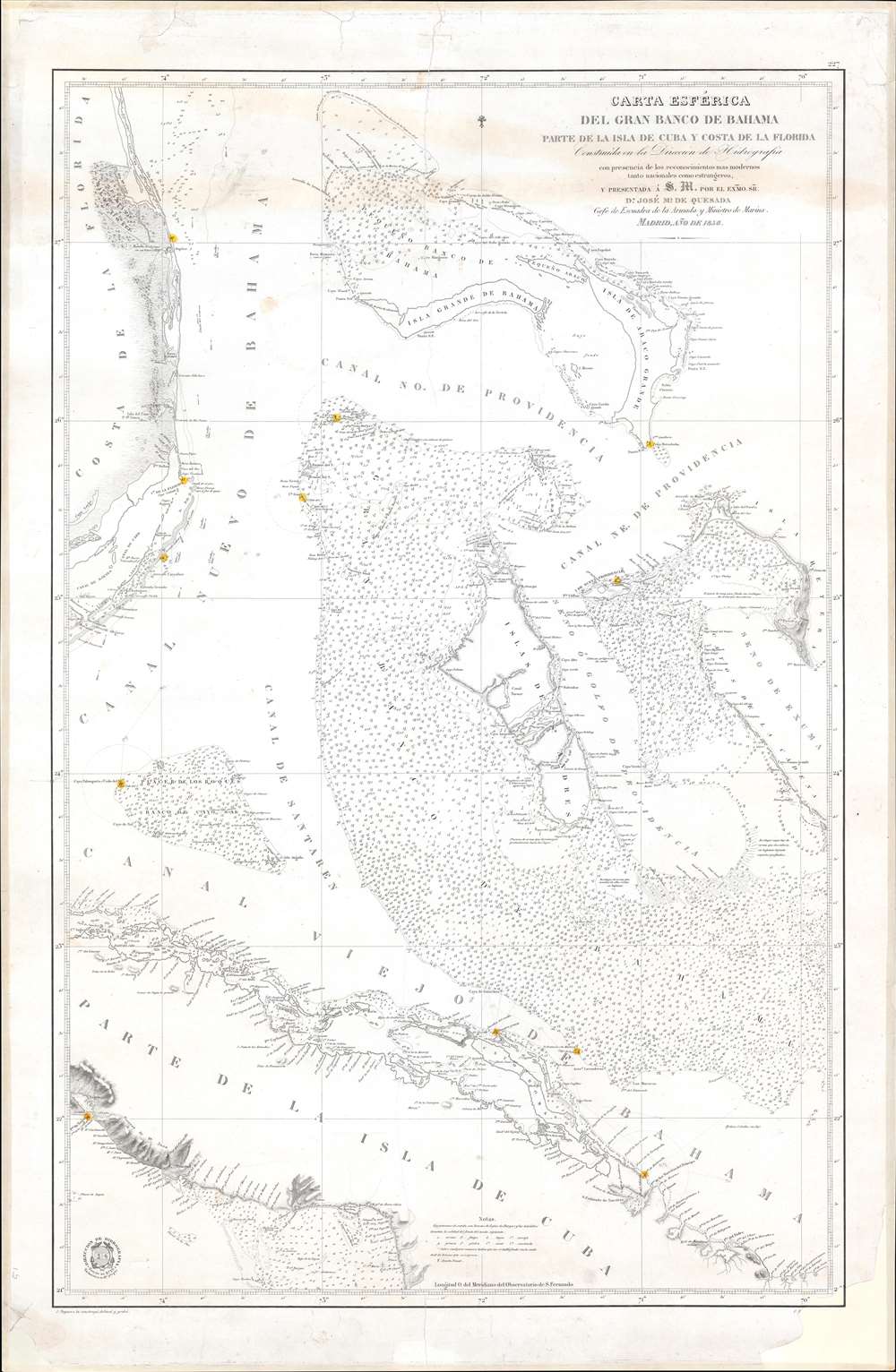 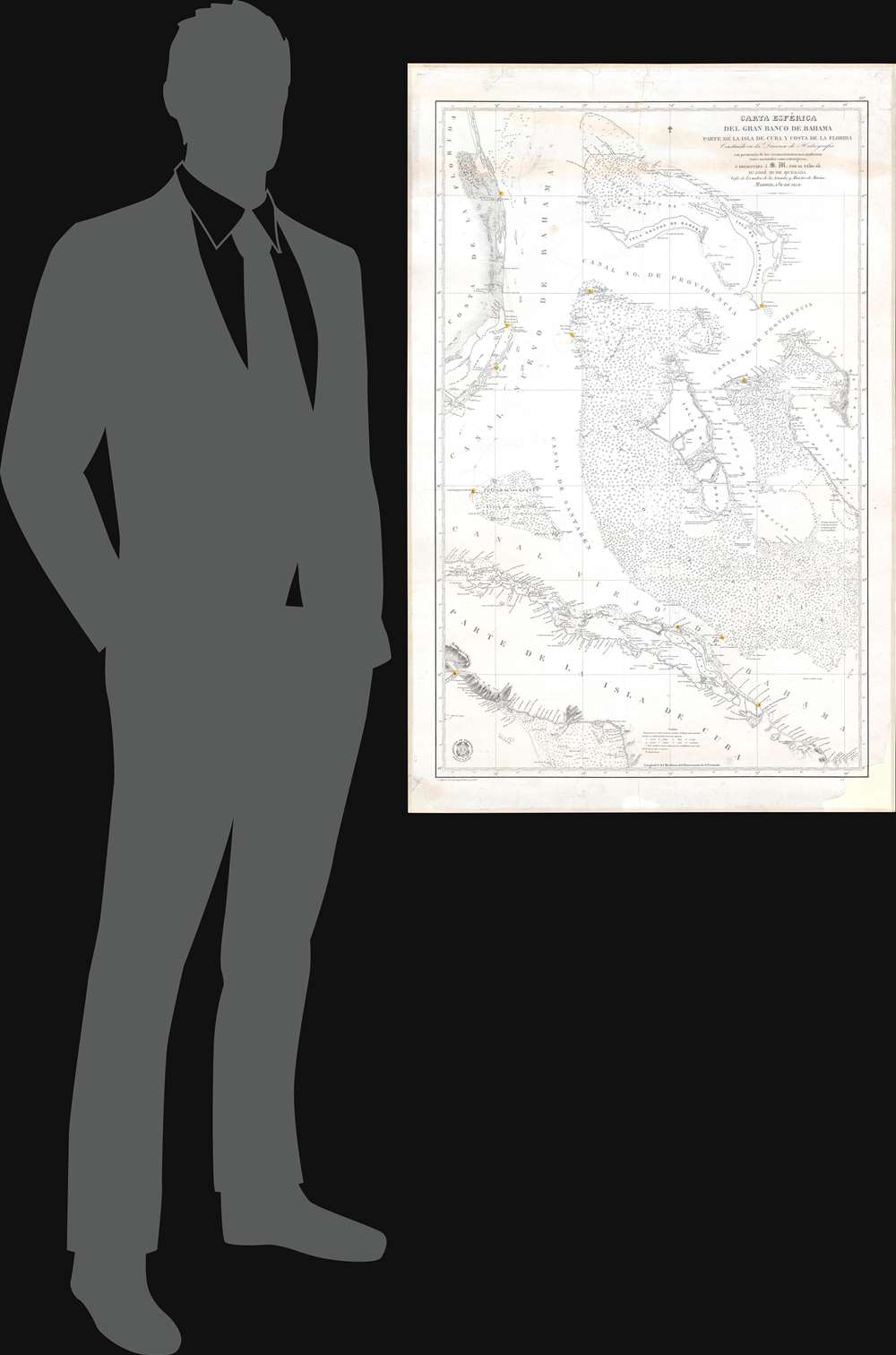 Spanish issue nautical chart of Florida and the Bahamas.
$1,400.00

A scarce, large, and highly detailed 1858 nautical chart or maritime map of the Bahamas by the Spanish Direccion de Hidrografia. Within 3 years, this and similar maps would become a hot commodity for enterprising smugglers and blockade-runners supplying the Confederacy from bases in the Bahamas and Matazas, Cuba. Centered on Andros Island, the largest of the Bahama archipelagic state, the map depicts from Grand Bahama to Cuba and from Florida to Exuma. Cartographically and hydrographically, it is a compilation of Spanish and English surveys artfully combined. The Florida coast is illustrated in meticulous detail from, roughly, modern day Vero Beach to Matecumbe Key. Fort Jupiter, Boca Raton, the Miami River, Fort Lauderdale, and Fort Dallas are all noted. The Bahama Bank itself is dense with thousands of soundings - underscoring just how dangerous navigating these low-lying waters could be. The Cuba coast, is also illustrated with exceptional detail, as one would expect from a Spanish chart.

The text was engraved by C. Marquerie and the map was engraved and construed by Juan Noguera. This map was issued by the Spanish Direccion de Hidrografia under the supervision of Don José Ma. De Quesada. An example is cataloged in OCLC and is part of the collection at the Biblioteca AECID.


Juan Noguera (fl. c. 1835 – 1860) was a Spanish draftsman and engraver based in Madrid during the middle part of the 19th century. Noguera drafted and engraved maps for Francisco Coello, Direccion de Hidrografia, and others. Juan Noguera should not be confused with Clemente Noguera, who was also a senior line-engraver at the Direccion de Hidrografia. The two engravers may or may not be related. Clemente was significantly oder than Juan, and may have been an older relative. Learn More...