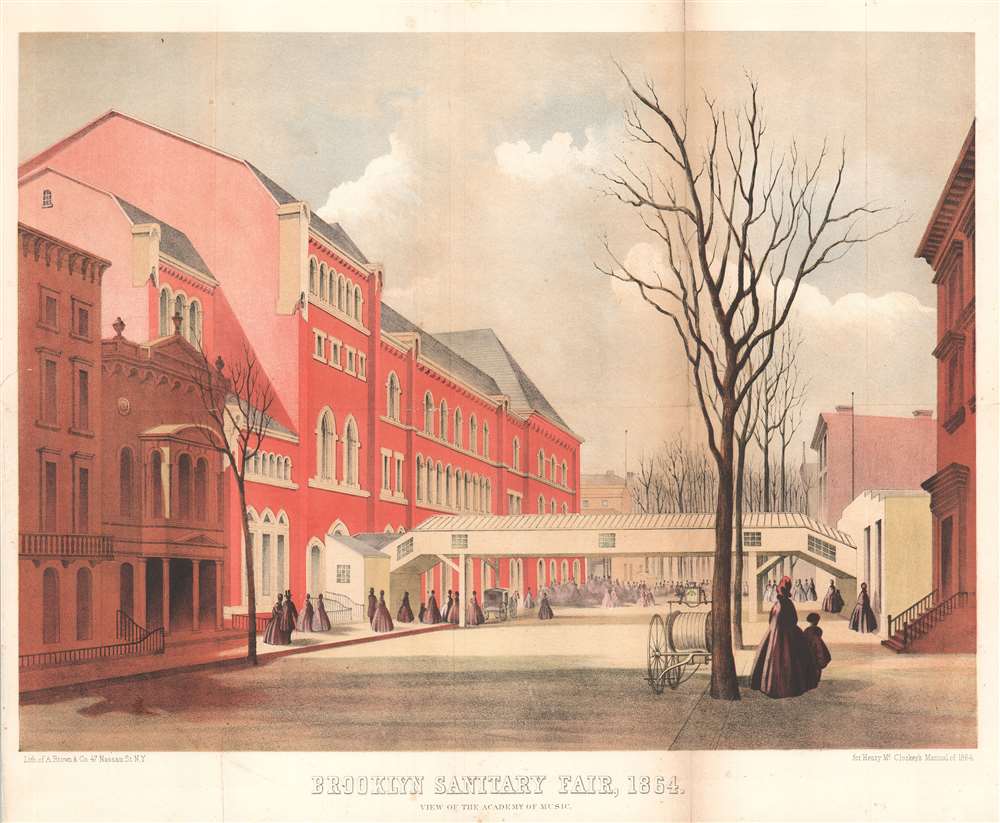 A rare 1864 view of the Brooklyn Academy of Music, Brooklyn, when it hosted the 1864 Brooklyn Sanitary Fair - a women-driven fundraising effort during the American Civil War (1861 - 1865). The view looks down Montague Street form Lafayette at the original location of BAM. The original building at 176 Montague was built in 1861 by architect Leopold Eidlitz, a founding member of the American Institute of Architects. This building sadly burnt to the ground in 1903 and was replaced by the current Peter Jay Sharp Building.

The Sanitary Commission and the Civil War

Fairs were held around the country to raise money for the Sanitary Commission. In 1864, towards the end of the war, an enormous Sanitary Fair was held at the Brooklyn Academy of Music. It raised $400,000, equal to about four million of today's dollars. While scarcely remembered today, the fair was a major success, publicized throughout the Union and celebrated in prints, views, and posters.

This view was drawn and lithographed by Arthur Brown for Henry McCloskey's Brooklyn Manual of 1864. Scarce.

Average. Map exhibits wear and toning on old fold lines. Several large repaired tears. Laid down on archival tissue for stability.
Looking for a high-resolution scan of this?