1854 Pharoah and Company Map of the Bangalore Division of Mysore, Karnataka, India 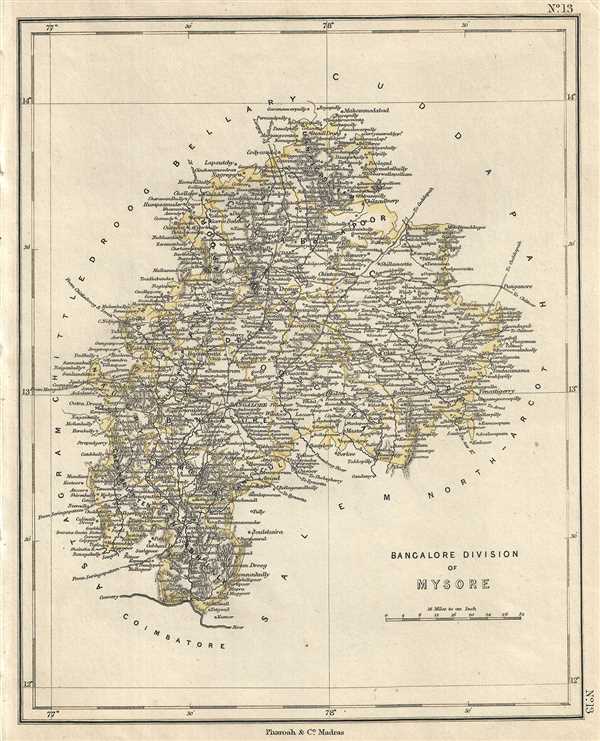 1854 Pharoah and Company Map of the Bangalore Division of Mysore, Karnataka, India

Map of the Bangalore Division of the Mysore Kingdom.

This map was engraved by J. and C. Walker and issued as plate no. 13 by Pharoah and Company in their 1854 Atlas of Southern India.