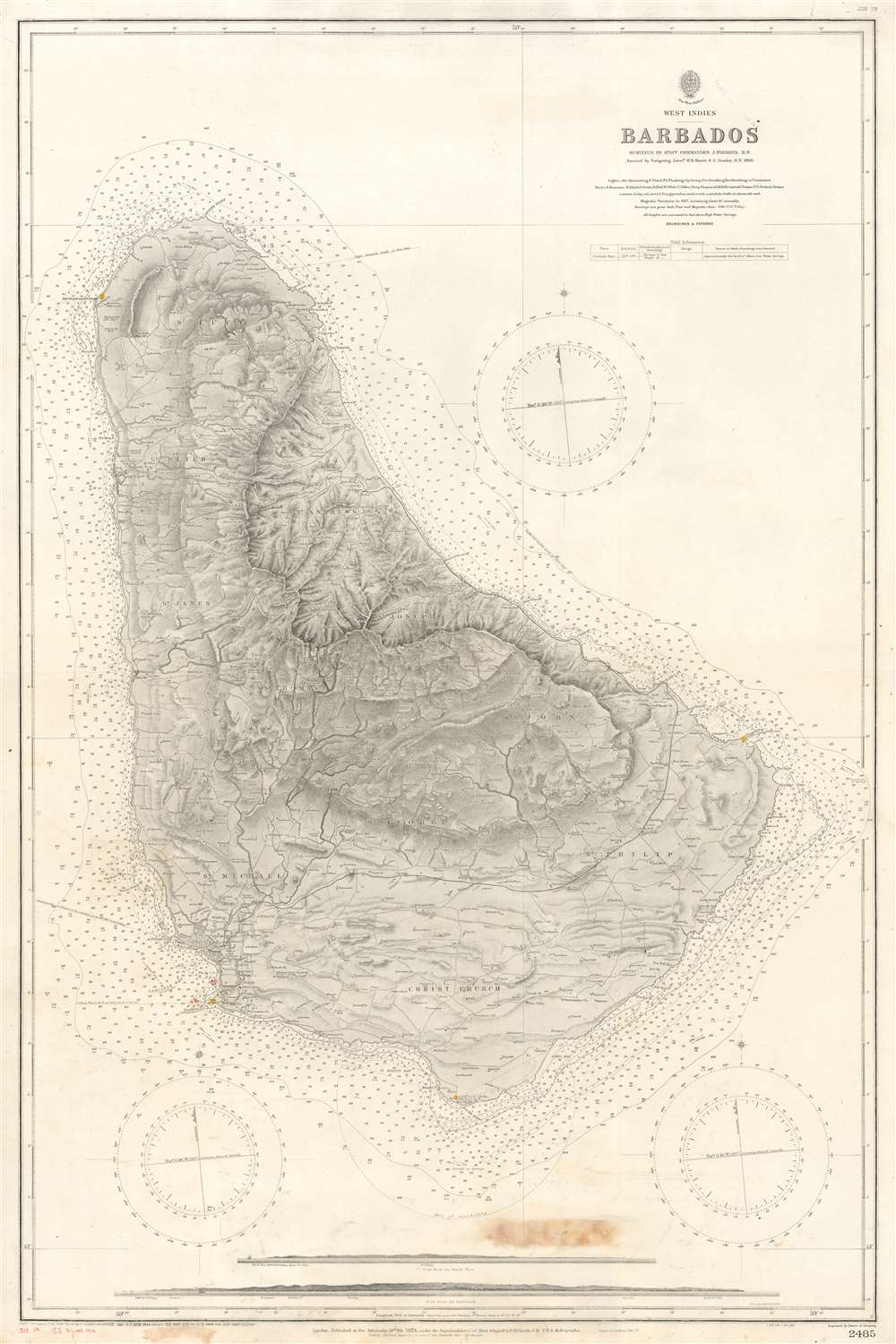 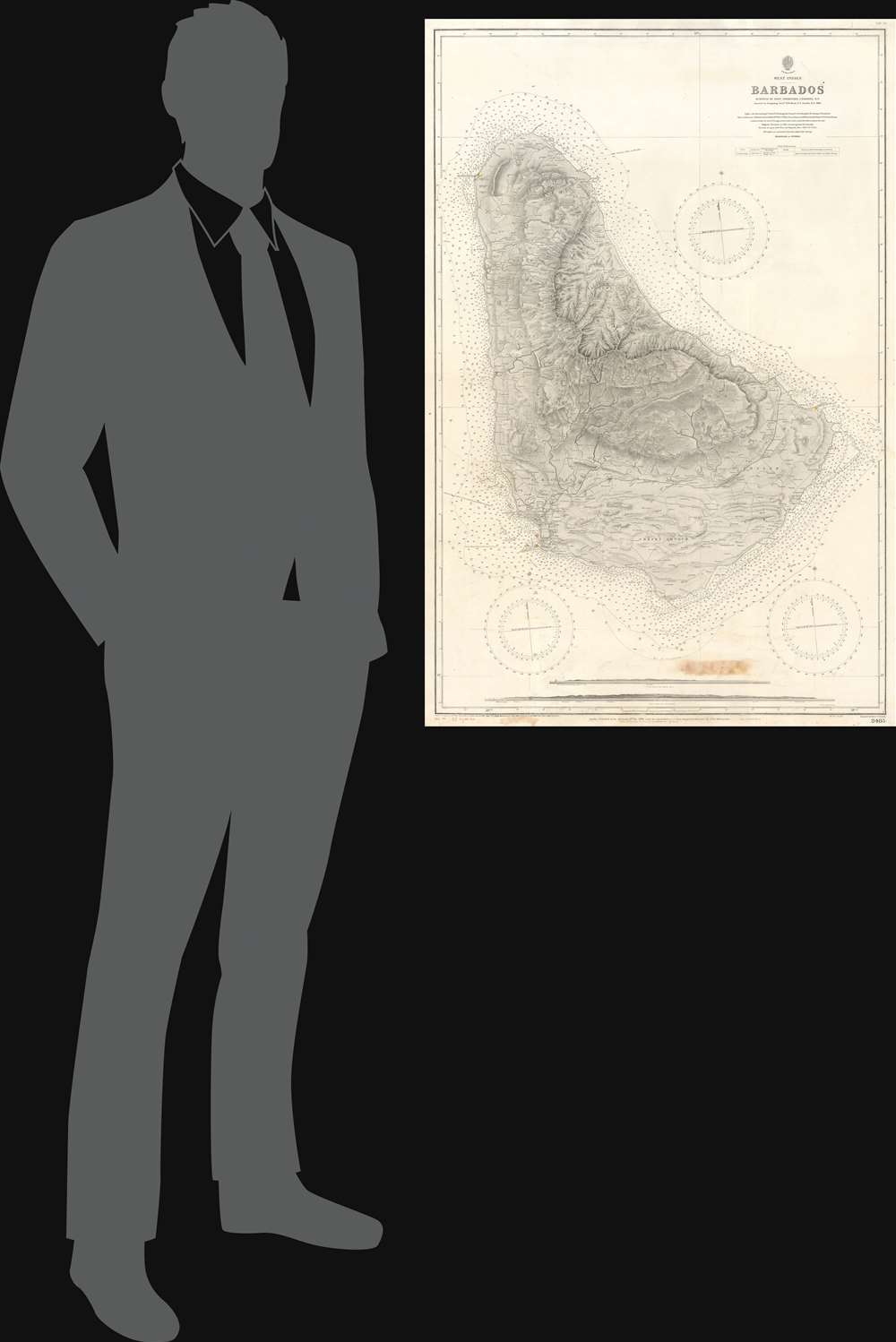 An impressive 1927 British Admiralty nautical chart of Barbados, with manuscript updates to 1937.

The chart features a wealth of information, both of a terrestrial and nautical nature. It names churches, private estates, roads, schools, and more. Of interest, most hill tops are marked with the symbol of a circle with an 'x' over it, the standard Admiralty demarcation for a windmill. Most of these would have powered sugar mills, the island's primary export under British rule. Some of these historic windmills still stand.


Davies and Company (fl. c. 1880 - 1930) was an engraving and lithography firm active in London during the late 19th century. The firm engraved nautical charts for the British Admiralty Hydrographic offices in the 1880s to the early 1920s. The firm may be the successor of Davies, Bryer, and Company (fl. 1866 - 1872), who also worked with the Admiralty, which dissolved in 1872. It may also be related to the firm of Robert Davies, Maddock, and Company, which was dissolved in 1905. Their imprint, as Davies and Company, appears as early as 1880 and as late as the 1920s, but the firm may have closed its doors by that point and the imprints persist on map plates only as a legacy. Learn More...