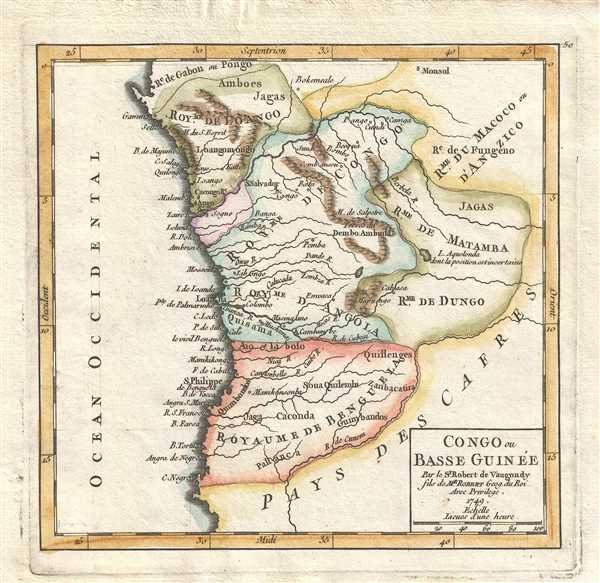 This is a hand colored 1749 Didier Robert de Vaugondy map of southwestern Africa. Stretching along the coastline from Gabon to Angola, the map depicts several pre-colonial African kingdoms. Myriad rivers are labeled, including the Congo River (Zaire R). Mountain ranges snake across parts of the map and towns dot the landscape.

The Kingdom of Kongo (Royaume de Kongo) was a mostly independent state from around 1390 to 1891. From 1891 to 1914 it was a vassal state to the Kingdom of Portugal. After 1914, following a Portuguese victory against a revolt, the monarchy was forcibly abolished and the territory was assimilated into the colony of Angola.