1890 Kurz and Allison View of the Battle of Cedar Creek, Virginia 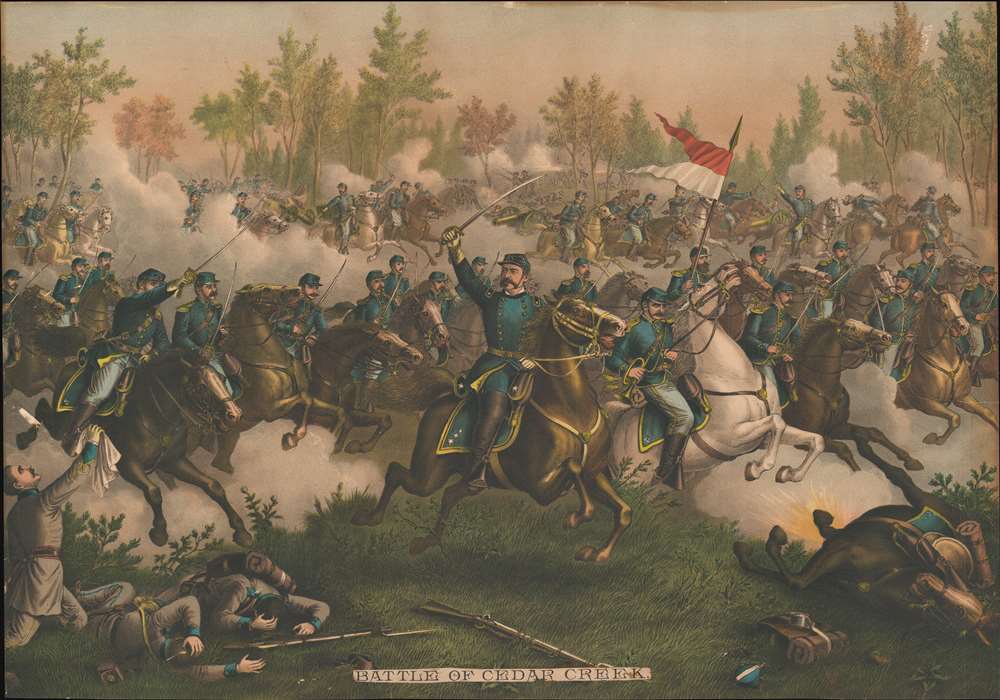 1890 Kurz and Allison View of the Battle of Cedar Creek, Virginia

Battle that secured the Shenandoah Valley for the Union.
$300.00

This is an 1890 Kurz and Allison view of the Battle of Cedar Creek, also known as the Battle of Belle Grove, fought during the 1864 Valley Campaigns of the American Civil War (1861 - 1865). Fought on October 19, 1864, the Battle of Cedar Creek ended the 1864 Valley Campaigns and secured Union control of the vital Shenandoah Valley for the remainder of the war. Kurz and Allison focus on the most legendary part of the battle, when Union Major General Philip Sheridan (equestrian at center) dramatically rode into retreating the Union lines to rally his fleeing army. Sheridan gained everlasting fame for his heroics. His army responded to his entreaties, halted the Confederate attack, and routed the Confederate army with a devastating counterattack.