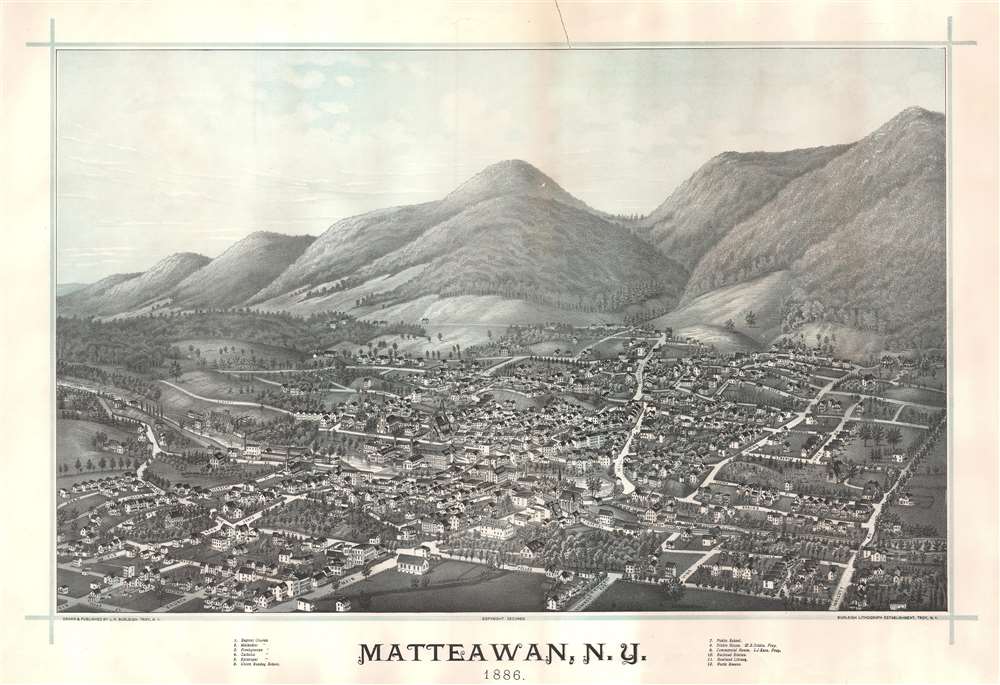 The area round Beacon, New York was first settled by Europeans in 1709 as Matteawan and Fishkill Landing. Mattaewan - as shown here, hugged the slopes of Mount Beacon, while Fishkill landing, on the Hudson, was more of a port. The two grew into one another and were formally merged in 1903, adopting the new name 'Beacon'. The joint town was renamed Beacon after the historic use of fires nearby Mount Beacon, the highest peak in the region, to warn George Washington of British troop movements during the American Revolutionary War (1776 - 1783). When this map was produced, in the 1880s, Beacon was known as the 'The Hat Making Capital of the US' with nearly 50 hat factories operating simultaneously. Today Beacon is known as a charming rural town with a vibrant local art scene.

This map was drawn, engraved, and published in Troy, New York, by Lucien R. Burleigh. Examples are scare, but we note an examples in the collections of the Library of Congress and at the Huntington Library. Reps cites an additional example at the New York Historical Society. No market history.