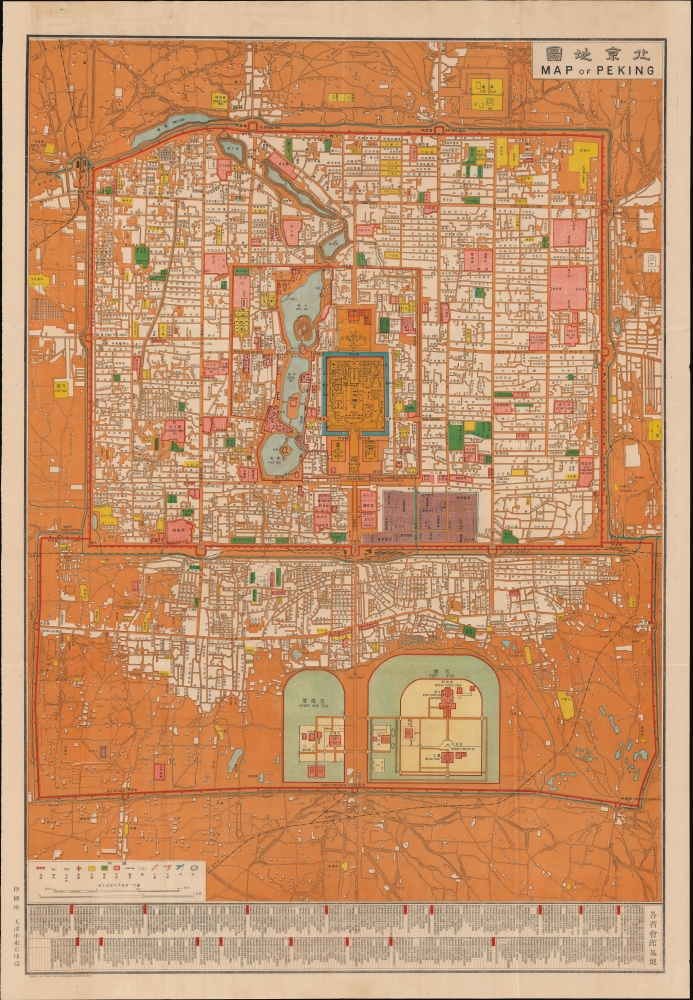 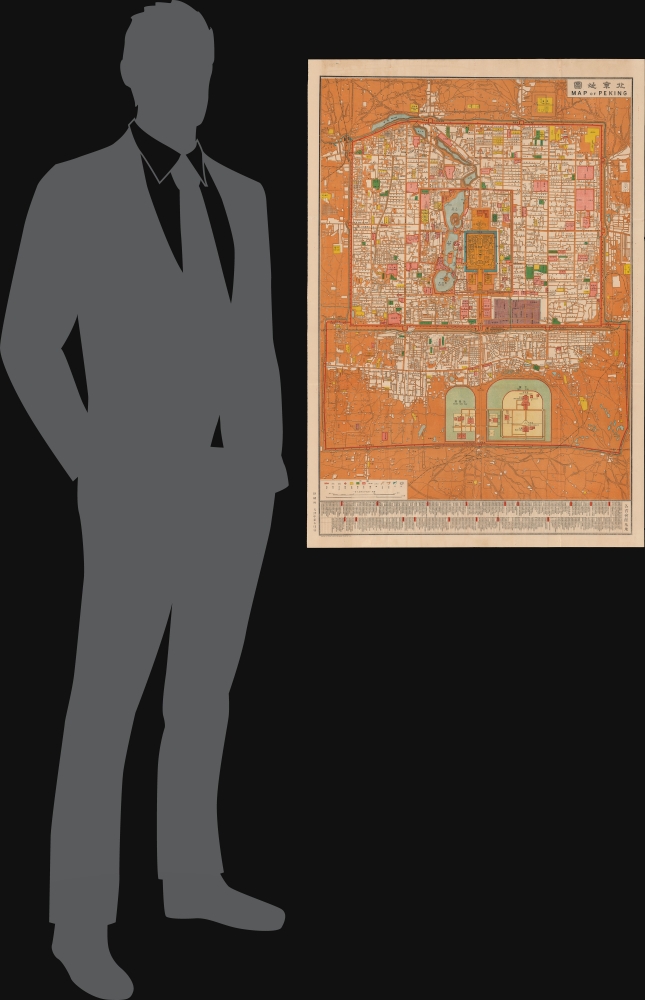 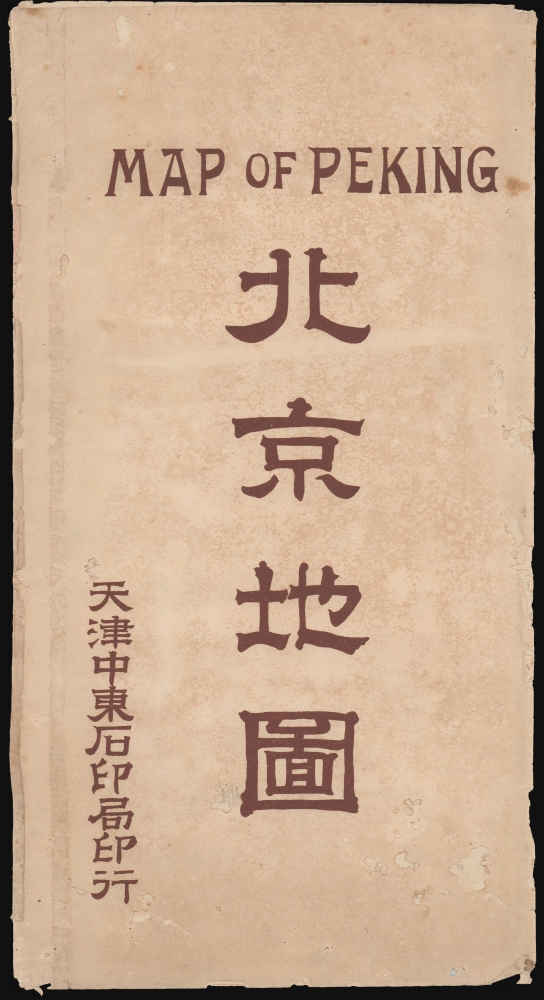 This is a rare, important, and beautifully produced multi-color chromolithograph map of Beijing issued by the Chung-Tung Litho Works press in 1914. Issued under the Beiyang Government (1912 - 1928) or First Republic of China, this map is significant in illustrating a transition of power from the old imperial system to a theoretically modern republic.

The multi-color chromolithographic process employed here allows for color coding to define individual buildings: government properties (red), schools (green), temples (yellow), and embassies and diplomatic sites (purple). Note that the presidential palace itself is now within the Imperial City - a symbol of the Republic's redefinition of Chinese governmental power. Below the map proper is an index identifying government offices in the capitals of the various provinces. The map itself is a western style cartographic projection, likely based upon German and British surveys compiled after the 1900 suppression of the Boxer Rebellion.

China under the Beiyang

Under the leadership of the Qing general Yuan Shikai (袁世凱) the Beiyang Army seized control of China following the 1912 abdication of Xuantong Emperor, Pu Yi, the last Qing emperor. Yuan and the Beiyang Army initially supported the Qing, but when the regime was clearly doomed, he negotiated an abdication edict with the Xinhai Revolution and Sun Yat-Sen, establishing himself as the first President of the Republic of China. The Beiyang initially attempted a series of modernization projects, creating western style bureaucratic, fiscal, judicial, educational systems, but ultimately Yuan Shikai was a monarchist, and, when he attempted to establish himself as Emperor, the movement fell into warlordism. Yuan Shikai died in 1916, but his troubled government continued until about 1928 when Beijing was occupied by the Nationalists.

This map was published in Tientsin on June 3, 1914 by the Chung-Tung Litho Works (中东石印局民国). We are aware of at least two editions, but all examples are rare with some estimating that as few as three now survive in China - although we think there are most likely more. The reason for this map's rarity is its clear support for the Beiyang, and the suppression of such materials that followed that regime's 1928 fall. The OCLC identifies only a single example, located at Harvard.

Chung-Tung Litho Works (中东石印局民国, 1912 - c. 1930) was a lithographic printer based in the concession city of Tientsin or Tianjin, China, during the early 20th century. The rise of the Chung-Tung Litho works roughly coincides with the establishment of the Beiyang Government in 1912 and the fall of said government in 1929. Their corpus is small, including a map of Tientsin (1912), reissued multiple times, and a 1914 map of Beijing, but the quality of their work was extremely high. Most of their maps are chromolithographs, making them one of the earliest Chinese chromolithographic presses in Asia. Learn More...