1849 Meyer Map of Holland (The Netherlands) and Belgium and Luxembourg 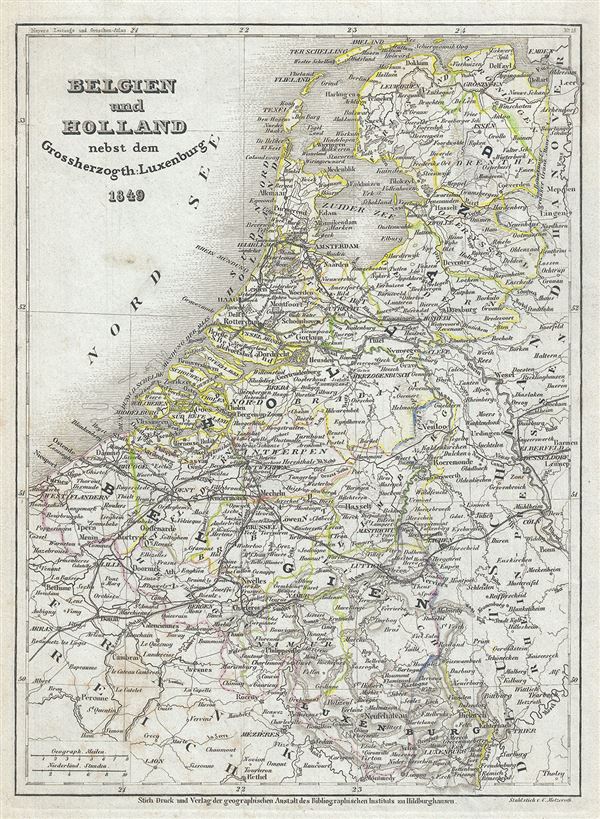 1849 Meyer Map of Holland (The Netherlands) and Belgium and Luxembourg

This is a fine 1849 map of Holland (The Netherlands) and Belgium by Joseph Meyer. It covers from the North Sea south to include Luxembourg. Throughout, the map identifies numerous towns, rivers, railways, roads, mountains and an assortment of additional topographical features.