1799 Clement Cruttwell Map of Belgium or the Netherlands 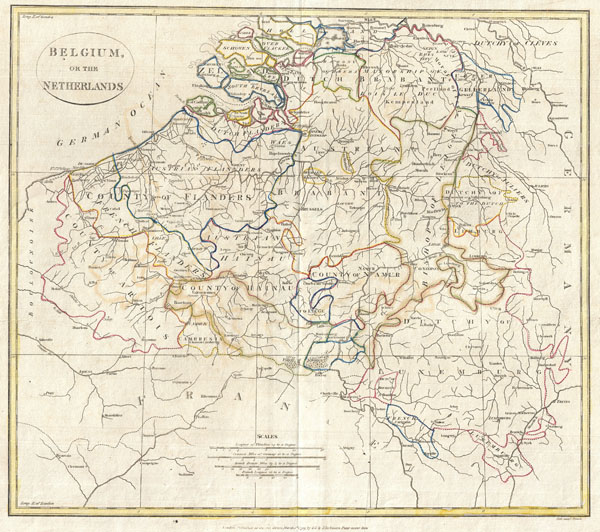 1799 Clement Cruttwell Map of Belgium or the Netherlands

A fine 1799 map of Belgium and parts of the Netherlands by the English map publisher Clement Cruttwell. Focuses mainly on the modern day Belgium. Includes the Dutch regions Schowen, Brabant, with parts of Holland. Features the County of Flanders, Austrian Brabant, Bishop of Leige, County of Hainau, County of Namur, French Flanders, Dutchy of Luxemburg, Limburg, County of Artois and Austrian Hainau. Mountains and other topographical features shown by profile. Outline color and fine copper plate engraving in the minimalist English style prevalent in the late 18th and early 19th centuries. Drawn by Clement Cruttwell and published in the 1799 Atlas to Cruttwell's Gazetteer.