1783 Janvier Map of Belgium and Luxembourg 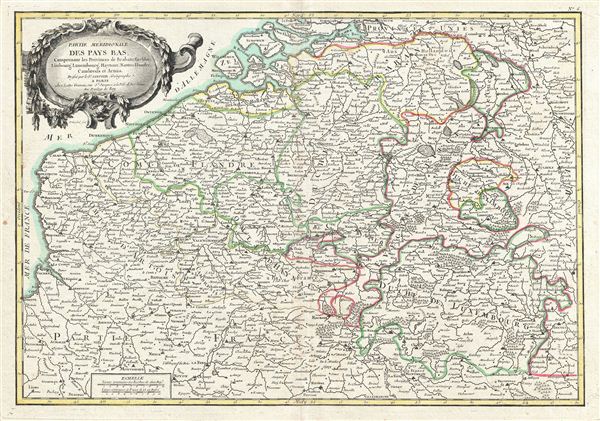 1783 Janvier Map of Belgium and Luxembourg

A beautiful example of Jean Janvier's 1783 decorative map of the southern portions of the Pays Bas, or Belgium and Luxembourg. Janvier's map covers modern day Belgium and Luxembourg, with adjacent parts of France, Holland and Germany. It is divided into counties and duchies with color coding according to region. excellent detail is offered throughout, with mountains, rivers, forests, national boundaries, regional boundaries, forts, and cities identified. A large decorative title cartouche of a baroque ethic appears in the upper left quadrant. Drawn by Jean Janvier in 1783 for issue as plate no. 6 in Jean Lattre's 1783 edition of the Atlas Moderne.